Home Guides Destiny 2 Destiny 2 A Sacred Fusion Quest Guide – How to Get Null... 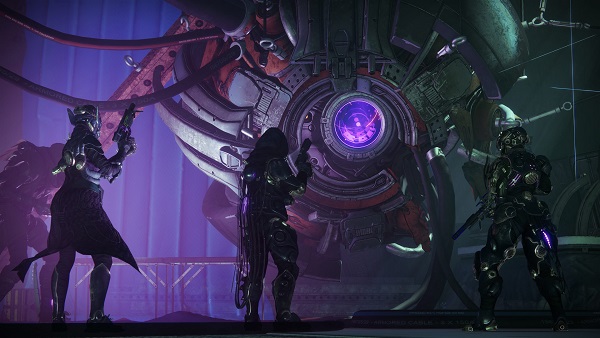 The pinnacle weapon for Season of the Splicer is a Void energy Fusion Rifle named Null Composure. The best thing about the Null Composure is its perk called Reservoir Burst which some may remember used to be on a now-sunset weapon, Loaded Question. To get the Null Composure, grab the questline from Banshee-44 at The Tower. In this guide, we’ve detailed all there’s to know about how to complete the “A Sacred Fusion” questline to unlock the Null Composure in Destiny 2.

A Sacred Fusion is a straightforward quest but can be excruciatingly long. There are, however, a few things that can be done to speed up the process. There are two objectives to complete which are:

While it’s entirely up to players as to which activity they prefer, we’ve found playlist Strikes to be the easiest. All that’s needed is a Statis subclass, a Solar FR e.g., Merciless, 1K Voices, or Trinary System to mow through enemies in Strikes. It shouldn’t take more than a couple of Strikes to get done with the ‘Points’ objective.

As for the second objective, completing Lake of Shadows launched directly from the EDZ with a Stasis subclass equipped rewards 4% progress and can be done in about 3 minutes max. Remember that not equipping a Stasis subclass will reduce the progress to only 3% so make sure to be Mr. Freeze.

Once done, return to Banshee-44 in The Tower to claim the weapon. It’s also got ornaments for Vanguard, Crucible, and Gambit. I’d recommend holding them off since they may be associated with a couple of Seasonal Challenges just like the Season of Chosen.

Null Composure is literally the Loaded Question except it being Rapid-fire Frame instead of High-fire Frame. The best thing about it is the perk called Reservoir Burst that makes it an incredible weapon for clearing adds but it still gets outperformed by the likes of Warmind Cells and Salvager’s Salvo. For the second perk, we recommend Feeding Frenzy instead of Heating Up to make the reloads a lot faster.

This is all we’ve got in how to get the Null Composure in Season of the Splicer. Feel free to check out our detailed Destiny 2 wiki guides for more help on the game.