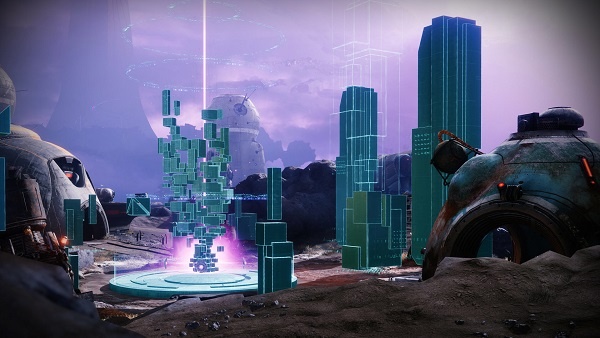 Expunge is the new weekly mission that can be launched from The Tangled Shore. This 3-man mission has Guardians infiltrate the Vex Network to destroy the Vex Minds within. There are also different Triumphs and Seasonal Challenges associated with completing different versions of the missions. In this guide, we’ve detailed all there’s to know about how to complete the Expunge mission in Destiny 2: Season of the Splicer.

Before starting, do note that Expunge will have different variations in the coming weeks. We’ll continue to update the guide to reflect changes in those variations. The current week’s mission is called Expunge: Labyrinth. It’s a 1290 PL mission with a couple of Barrier Champions in it – The Lament is great here.

Also, do note that upgrades like Wirewalker, Signal Booster, Codestrider, etc. can make the mission a whole lot easier. Titans with Lion Rampant and Warlocks with top-tree Solar can also skip a lot of sections.

Interact with the terminal ahead and continue to push forward. Do note that in the bright-white corridor, slide through the first hole on the left side to push forward. Jump all the way down to a large corridor where a Vex barrier will constantly move and one-shot anyone it touches. There are, however, some openings on the side that can prevent that from happening. Jump across the area and enter the Vex portal at the end.

In the Vex Network, players will need to make their way toward the Fantis, Oppressive Mind. Reaching it is fairly simple. There are a few things to remember here:

Continue to push forward until Fantis, Oppressive Mind appears. The boss doesn’t have a lot of HP but it’s gated. After damaging it enough, yellow-bar Harpies will spawn. Kill them, grab the charges, and deposit them at the far-end of the boss arena – there are invisible platforms and Vex boosters to aid in this. The Lament, Falling Guillotine, Izanagi’s Burden, etc. are real good for boss DPS.

Remember that completing Expunge: Labyrinth in under 10 minutes also completes a Seasonal Challenge and a Triumph. Check out this video by Esoterickk for a video demonstration of how to do it effectively:

Complete the mission and speak to the Servitor at the H.E.L.M. to receive an Umbral Engram. According to Bungie, Pinnacle Rewards will start to appear from June. The reason? Nobody knows.

This is all we’ve got in our Destiny 2 Expunge walkthrough guide. For more help on the game, feel free to check out our detailed Destiny 2 wiki guides.