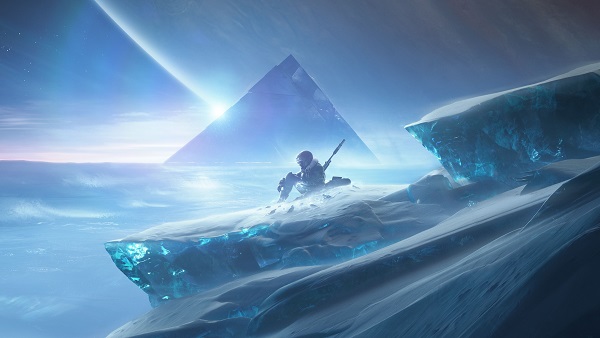 Destiny 2 Season of the Splicer Exotics

First, let’s begin with exotic armor. In the new season, each class in the game has received an exotic leg armor.

Star-Eater Scales – Hunter
This exotic lets Hunters feast upon Orbs of Power in order to charge their Supers more quickly and also making it more potent.

From the description, it sounds like Star-Eater Scales won’t only recharge Supers more quickly but also increase the damage. We’ve yet to see how this will fare against the likes of Celestial Nighthawk.

The Path of Burning Steps – Titan
Another incredibly powerful exotic for Titans – looking at you Cuirass of the Falling Star. This exotic armor converts Solar eliminations into increased weapon damage and makes it harder for opponents to lock down the wielder with Stasis.

As of right now, we don’t know whether it’s going to be Solar ability eliminations or not – Bungie isn’t exactly known for its descriptions. If it’s Solar eliminations from any source, Igneous Hammer coupled with The Path of Burning Steps is going to make PvP unplayable for quite a while.

Boots of the Assembler – Warlock
Remember the long-forgotten Lumina? Yeah, the exotic HC that fired Noble Rounds to boost allies. That’s kind of Warlocks’ class ability now. Boots of the Assembler basically condenses a Warlock’s healing/empowering rifts’ energy into projectiles that seek out their allies to bless them with noble benefits.

While interesting on paper, we’ll need to play around with them a little to see how they perform. We wouldn’t be surprised if the benefits provided by empowered projectiles provided a 15% damage boost – kind of like an Empowering Rift.

How to Unlock Exotic Armor

Similar to earlier seasons, new exotic armor is locked behind Lost Sectors on Legend/Master difficulty options. These have locked loadout, a lot of different modifiers, champions, and also rotate daily. Therefore, check for them in these Lost Sectors whenever boots are the targeted loot. Once unlocked, they’ll start dropping as the world drops with better rolls.

In addition to armor, there are quite a lot of exotic weapons to chase after as well. These are:

Cryosthesia 77K
This new exotic sidearm is the second Stasis-based weapon in Destiny 2. From what we’ve seen so far, it seems to work like Traveler’s Chosen. Getting kills with the weapon lets the wielder fire a charged shot that freezes the enemy. Season Pass owners can unlock it instantly while the Free Pass owners must reach Rank 35 in order to claim it.

Vex Mythoclast
The release of Vault of Glass also means the return of Vex Mythoclast. This exotic fusion rifle has a chance to drop at the end of VoG.

Lastly, do note that Bungie always likes to play its cards to the chest. There may be a few more exotics that aren’t mentioned in the guide. We’ll make sure to update the guide with more info. as the Season of the Splicer progresses.

These are all the new exotics being added to Destiny 2 with the Season of the Splicer. Feel free to check out our detailed Destiny 2 wiki guides for more help on the game.