Home Guides Destiny 2 How to Unlock the Realmwalker Seal/Title in Destiny 2: Season of the... 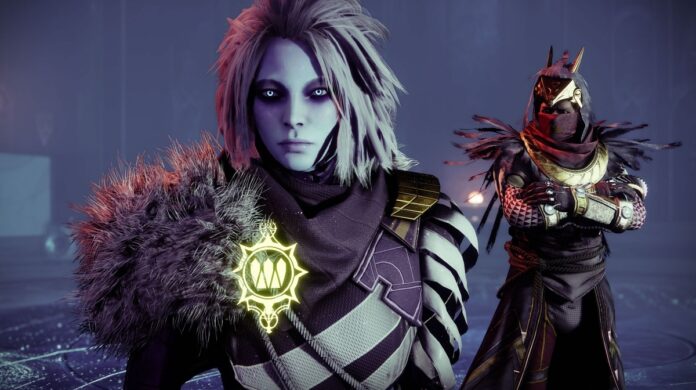 Destiny 2: Season of the Lost Realmwalker

Before we begin, do note that the guide contains spoilers. People who do not want things spoiled for them should back away now.

Most of the triumphs required to unlock Realmwalker are related to completing the activities, obtaining Seasonal Mods, increasing reputation, etc. Below, we have provided all there is to know about unlocking the Realmwalker seal/title in Destiny 2: Season of the Lost.

Realmwalker
Complete all Season of the Lost triumphs.

This one should auto-unlock once all the other triumphs have been claimed.

Seeker of the Lost
Complete the Wayfinder’s Voyage, Parts I – VII.

These are Weekly Quests that need to be completed each week.

This one requires the player to play a lot of Seasonal Activity, claim bounties, etc.

Shattered Scholar
Retrieve all of the data caches within all branches of the Shattered Realm.

To complete this triumph, the player is needed to find Caches of Echoes, Caches of Dreams, and Caches of Wrath.

There are a total of seven mods that rotate weekly. Be sure to check them out at the H.E.L.M. at every weekly reset.

From the wording, it seems like we only need to unlock one ornament from Crucible, Gambit, or Strikes. In order to unlock the ornament, continue to rank up the desired vendor i.e., Lord Shaxx, Drifter, or Commander Zavala.

Scattered by Storms
Collect each Atlas Skew and listen to its recording.

Atlas Skew are also on a weekly lock-out. We will continue to update the guide with their locations as soon as they become available.

Instruments of the Lost
Collect all Seasonal weapons and armor from Season of the Lost, available as rewards from Astral Alignment, Shattered Realm, and focused Umbral Engrams.

This is a simple one. The player simply needs to collect all the new Season of the Lost gear added to Destiny 2 with the release of Season of the Lost. Since it is a six month long season, it should not be hard to achieve this. Things that are required to unlock the triumph are:

Legendary Ascendant Explorer
Complete a journey through each branch of the Shattered Realm on Legendary difficulty.

Legendary difficulty is not available as of right now but is expected to roll out at a later date. We will update the guide with more info. once it goes live.

Legendary difficulty is not available as of right now but is expected to roll out at a later date. We will update the guide with more info. once it goes live.