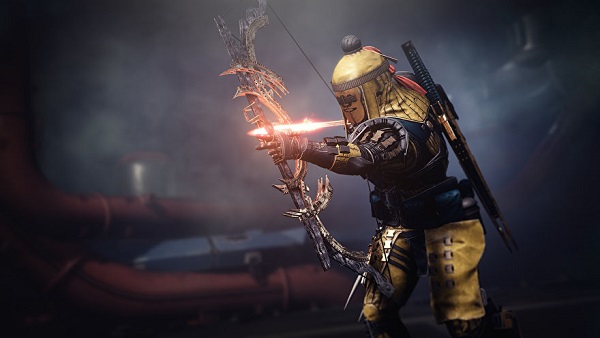 Destiny 2: Season of the Chosen Exotics

Below, players can find a complete overview of all the new Exotics introduced to Destiny 2 with the release of Season of the Chosen:

There are only two Exotic Weapons that players can get in Season of the Chosen. One of them being Season Pass exclusive and the other one is tied to an Exotic Quest not released yet.

Sacred Flame
Hip-firing this weapon fires multiple tracking projectiles. Targets marked by these projectiles explode upon death, or when struck by another Sacred Flame’s explosion. Arrows fired while aiming down sights cause Sacred Flames to instantly detonate.

It’s also got a catalyst that further improves it. It can be picked up from Banshee-44.

Dead Man’s Tale
It’s a bolt-action Scout Rifle that’s tied to an Exotic Quest scheduled to release later down the season. That’s pretty much all we know at the point.

To get these Exotic Armor Pieces, players need to complete a Lost Sector whenever it’s on Legend/Master difficulty. They’re found on the Moon, Cosmodrome, and Europa – and they rotate daily.

Omnioculus (Hunter)
Omnioculus’ Exotic Perk is called Beyond the Veil. It provides players with a second Smoke Bomb charge and damage resistance while invisible. On top of it, making an ally invisible provides them with damage resistance and a small amount of melee energy.

Cuirass of the Falling Star (Titan)
Exotic Perk, Glorious Charge, essentially doubles the Thundercrash damage – making it on par with a Celestial Nighthawk. It also provides an overshield that lasts longer if the player travels for a little bit before crashing.

These are all the Exotics that players can unlock in Destiny 2: Season of the Chosen. For more help on the game, feel free to check out our detailed Destiny 2 wiki guides.