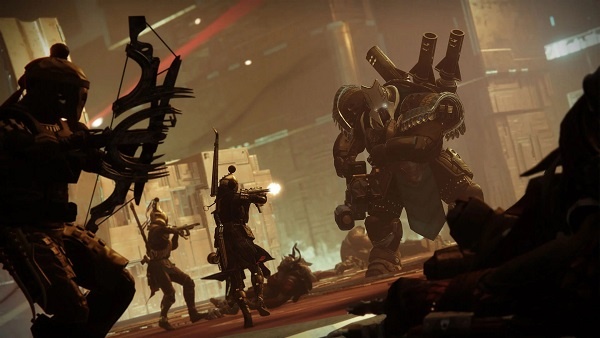 Season of the Chosen tosses players straight into the Battleground after the initial cutscene. After completing one run of the Seasonal Activity, players will unlock the Seasonal Artifact named Bell of Conquests, gain access to the H.E.L.M., War Table, and also get the Hammer of Proving. After doing everything there needs to be done in the H.E.L.M., players will be able to participate in the Battleground all they want.

Battleground – How Does it Work?

Currently, Battleground in Destiny 2 is divided into two types: one on Europa and one on Nessus. There’s also one on EDZ but it’ll be unlocked later down the road. Below, you’ll find all the information on these two:

Nessus Battleground
In this variant, players are required to defeat Cabal from pushing forward. After a few waves of enemies, a Keymaster will appear on the field. Players need to defeat the Keymaster and acquire the key that it drops. After collecting a total of 3 keys, players will need to interact with a terminal and then push forward to the next encounter.

Remember that there isn’t any way to nuke the boss. Its HP is divided into 3 segments and players can’t do whittle away at more than one HP segment at a time. After players have depleted one of its HP segments, the boss will go immune, and players will need to clear all the adds in the area to damage the boss again. Continue doing that to defeat the boss.

Remember that in order to break open the 3x Treasure Chests that spawn at the end of the activity, players will need to have Cabal Gold slotted into the Hammer of Proving – more on it later.

Europa Battleground
The one on Europa is largely the same as Nessus. However, on Europa, players will begin with killing enemies to get the charges straightaway and use them to destroy the Power Relays. Once that’s done, players will push into the Nexus and clear waves of enemies before defeating the boss. There are no Keymasters in this variant of Battleground.

How to Use Hammer of Proving?

It’s through the Hammer of Proving that players acquire additional seasonal rewards at the end of a Battleground run. Basically, players need to slot in a Challenger Medallion into the Hammer of Proving. However, doing so requires players to have Cabal Gold. Cabal Gold is earned from doing almost everything in the game such as Strikes, Crucible, Gambit, Public Events, etc.

After slotting a Challenger Medallion into the Hammer of Proving by spending 14 Cabal Gold, players will be able to smash open the chests at the end of a Battleground run to acquire seasonal rewards and a Hammer Charge. Players need these Hammer Charges in order to focus Umbral Engrams to Season of the Chosen rewards at the Prismatic Recaster.

Lastly, do note that we’ll update the guide after EDZ Battleground goes live later down the season.

That’s all we’ve got in how to complete Battleground Seasonal Activity in Destiny 2 Season of the Chosen. For more help on the game, feel free to check out our detailed Destiny 2 wiki guides.