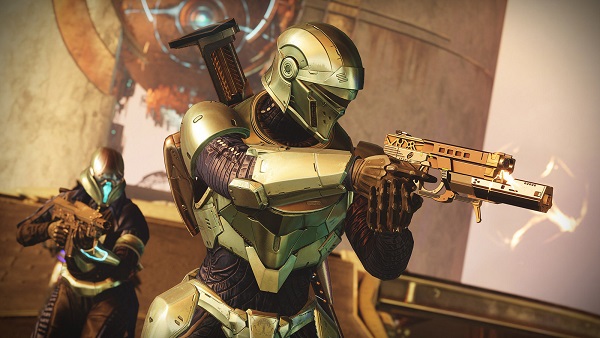 The changes made to Solar subclasses and Lantern of Osiris (Seasonal Artifact) has paved way for a few fun ways to build your character for both PVE and PVP. And while you can stick to your older builds if you like, the removal of things like Oppressive Darkness means they won’t be as effective anymore. In our Season of Dawn Builds Guide, we’ve shared some of the best builds that you can try out in Destiny 2.

Before we get to builds, I highly recommend leveling up the Lantern of Osiris and unlocking different seasonal mods. It’s entirely possible to make these builds work without mods but they synergise incredibly well. With that out of the way, let’s talk about different builds you should try out in Season of Dawn:

Before we detail the build in detail, here’s what it looks like:

If you don’t have any of these things, I highly recommend grinding for them since they’re incredibly good this season. But how does this all work?

The build essentially lets you stay in the air for a long, long time and spam Solar Grenades all over the place. What you need to do is to consume your Solar Grenade to proc. Heat Rises and jump into the air. While you’re hovering, use your new ranged melee to kill a small ad to proc. Sunbraces.

Sunbraces should let you throw 5x Solar Grenades during its duration. You can spam 4 of these around the area and consume the last one to keep the Heat Rises running. However, I should mention it here that if you consume a Solar Grenade while Sunbraces is active, it won’t work. Therefore, only consume the final nade if you see that the effects of Sunbraces have worn off.

Also, since the damage from multiple Solar Grenades doesn’t stack, I’d recommend spreading them out to clear as many ads as you possibly can. On top of that, with the Enhanced Ashes to Assets, you’ll be getting your Super back in about 30 to 45 seconds.

Coming to weapons, if you lucked out in rolling a Martyr’s Retribution or Heretic with Demolitionist on it, you should be able to alternate between your Solar Grenade and weapon shots for decent single-target damage. If you don’t have them, try to stick to Monte Carlo to get your Melee back as fast as possible.

I should also note here that this build is not incredibly powerful against bosses in general but is more of a fun build and to clear ads effectively. On top of that, once you’ve unlocked Seasonal Mods e.g. Breach Resonator, Molten Overlord, Disruptor Spike, and Solar Pleux, you should easily be able to clear ads in Ordeals.

Similar to Warlock, let’s take a look at the actual build first.

The buffs to middle tree Sunbreaker has been insane in the new Season of Dawn. The focus of the build is to utilize Throwing Hammers with Wormgod Caress to increase your melee damage upto 3x. And although the pickup radius of Throwing Hammers has been increased, you always have your Monte Carlo in your pocket to keep it up at all times.

With melee kills, you can also increase your Super regeneration. Since you’re free to use any Spike GL in your Power slot, you won’t miss out much on boss DPS. And in case you think you’re lagging in DPS, you can always swap out Monte Carlo for Izanagi’s Burden.

3. Everyone Gets a Throwing Knife – Hunter Build

Hunters with Golden Gun + Celestial Nighthawk can already melt any boss in the game so we decided to keep this one PVP-focused. Let’s see how it looks:

Unlike rocking One-Eyed Mask in PVP, this build actually requires you to be decent in order to make it work. The entirety of the build revolves around the new Weighted Knife ability. With the new changes, the Weighted Knife does additional Precision Damage … not to mention the fact that it refreshes after you land a precision hit with it.

We’re also combining it with Assassin’s Cowl exotic that grants you invisibility, shield, and a small amount of HP after every successful melee kill. These things should allow you to reset and get some time when it comes to landing your next shot/knife.

However, since it’s incredibly hard to land Weighted Knife consistently, the build also makes use of Gambler’s Dodge that refreshes your melee ability whenever you dodge near an enemy. To take full advantage of this, you need to have as much mobility as you possibly can. Aside from this, you’ll also need to play a whole lot aggressive than you normally would.

Another mod that you need to take advantage of is Hands-on, which grants Super energy on melee kills. To top it all off, we’ve got Monte Carlo exotic that grants Melee energy. This is in case everything fails. Lastly, as I mentioned earlier, this build requires you to be consistent with your shots and won’t guarantee immediate success.

These are our best Destiny 2 Season of Dawn builds for all classes. For more on the new season, be sure to check out our Lantern of Osiris Guide, Sundial Activity Guide, and Savior Seal/Title Guide.