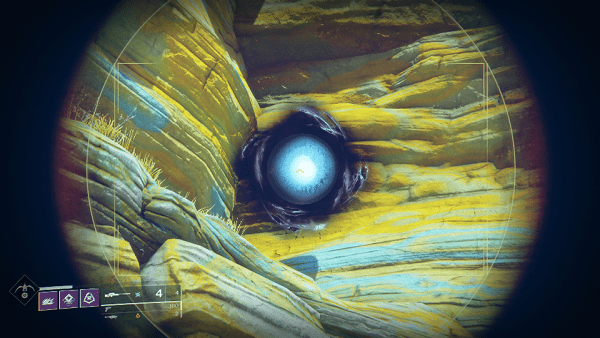 Eyes of Savathûn started popping up across IO, Mars, and Titan after the release of Destiny 2 Season of Arrivals. These eyes look like white orbs which are immune to all damage types and you might’ve seen a few of these while roaming the aforementioned destinations. In this Savathûn’s Eyes locations guide, we’ve detailed everything you need to know about finding all 50 eyes, their purpose, and destroying them in Destiny 2.

There are 50 Savathûn’s Eyes in total and they’re scattered all around IO, Mars, Titan, Mercury, Whisper of the Worm mission, and the new Prophecy dungeon. In case you haven’t been keeping up with Bungie, all these locations are slated to be removed from the game on Sept. 22 when Destiny 2: Beyond Light launches.

While some of these are found in plain sight, others are hidden. And since it can be a little tricky to understand where exactly some of these Savathûn’s Eyes are in text form, we decided to show them to you in video form. If you’d rather read a text guide, be sure to let us know and we’ll put one up in future.

What to Do with Savathûn’s Eyes?

While seemingly serving no purpose other than just being there, you actually need to destroy all 50 of these in order to unlock the Moments of Triumph 2020 seal which is scheduled to release in July. In addition to this, you also need to destroy them to progress the exotic catalyst for Ruinous Effigy, a very unique exotic Trace Rifle added to the game.

However, the main question that remains unanswered is how do you destroy these eyes which is what we’ll talk about now.

How to Destroy Savathûn’s Eyes?

Destroying these eyes in D2 is also tied to the Ruinous Effigy. The weapon is locked behind an elaborate exotic quest that we don’t have access to at the time of writing this guide. Once you manage to get your hands on Ruinous Effigy, simply walk up to one of the eyes and blast it.

Aside from Ruinous Effigy, there isn’t any way of destroying Savathûn’s Eyes – no matter your loadout, subclass, or things as such. You need to have the exotic Trace Rifle in your inventory. If you’re interested in learning how to unlock Ruinous Effigy, you can check out our detailed guide linked above.

These are all the Savathûn’s Eyes locations in Destiny 2 Season of Arrivals. For more help on the game, you can check out our detailed Destiny 2 wiki guides.