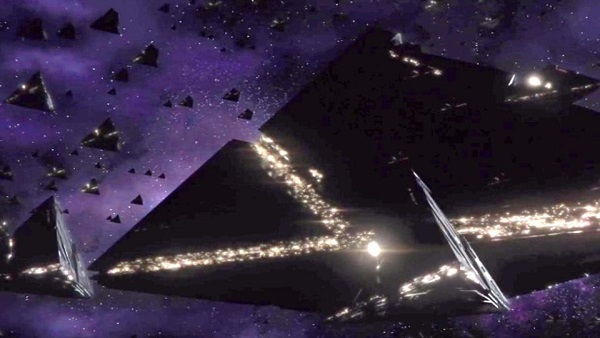 Before we start, do note that not everyone has to do it. Each season in D2 is fairly long, giving you ample time to level up your artifact and find everything you need.

This guide is directed toward the people who wish to gain an upper-hand right off the bat, unlock a majority of stuff instantly, and unlock all the new exotics if there will be any.

Once the Season 11 rolls, continue to play as normal until you unlock the Seasonal Artifact and then turn in all your stored bounties. It will be even better if you equip a Ghost Shell with “Guiding Light” perk and get “Shared Wisdom” buff from someone in your fireteam.

This will increase the amount of XP earned substantially and you will not only unlock a bunch of stuff on the Season Pass right off the bat, but you will also have increased Power Level as compared to others.

A little disclaimer: there are chances of Bungie being Bungie and deleting all bounties in our inventories at the arrival of the new season. Be mindful of that!

As of right now, I do not know whether Season 11 will introduce a new power cap or not but it is a good idea to start doing your pinnacles and reach base Light Level 1010 before the new season arrives. Bungie recently increased the pinnacle sources so it should not be too bad unless you encounter bad RNG.

Get the Felwinter’s Lie and Fourth Horseman

Bungie has confirmed that at the end of Season of the Worthy, quests for Felwinter’s Lie and Fourth Horseman will disappear.

There is no saying when or if Bungie will add them into the open-world loot pool ever so it is better to unlock them while you still have the chance. Both of these are some really solid shotguns that you should not miss.

According to Bungie, Slug Shotguns are getting a flat +30% damage buff in PvE which can make them really viable in various endgame activities. Keeping this in mind; now is a good time to farm some good Slug Shotguns. A couple of them that come to mind include the Good Bone Structure and Blasphemer. Both of them can roll some very good rolls and you should consider investing your time farming them if you care.

In case you do not know, you can farm for Blasphemer every 3 days from Alter of Sorrows on the Moon and get lucky with a Good Bone Structure by turning in Gunsmith Materials at Banshee-44 in the Tower.

If your RNG is not as bad as mine, you may come across Exotic Engrams lying on the ground from time to time. Now I know that first instinct is to run toward them and pick them up but do not do that!

By doing that, you will have a chance at unlocking the new exotics if there will be any day-1 which is pretty great.

Finally, you should consider unlocking Rasputin guns and mods if you care about them. These will also go away when the new season drops and it may take them a lot of time to be available in Banshee’s inventory – kind of like Powerful Friends mod. Therefore, if you care about Rasputin weapons and mods, try to get them at the earliest while they are still very easy to obtain.

These are all of my last minute prep tips for Destiny 2 Season 11. For more help on the game, feel free to check out our Destiny 2 wiki guides.