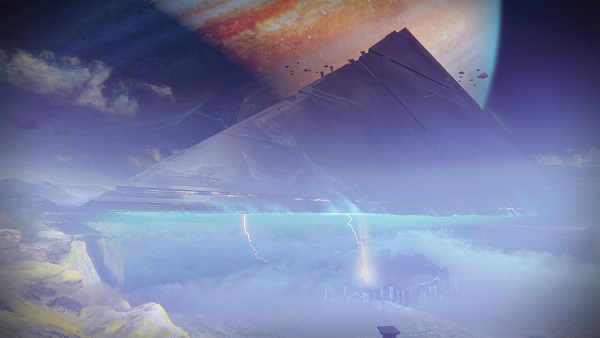 To complete the “Pendulum” step of the quest, you’re required to find a total of 25 Calcified Fragments and kill 15 Savathûn’s Marionettes on Titan or Io. As mentioned earlier, Savathûn’s Marionettes randomly spawn in different locations but can be farmed rather efficiently. There are, however, a few things to bear in mind.

Marionettes aren’t too difficult to defeat. A couple of rounds from your Power Weapon should drop them in an instant. The following are some of the routes that we found to work the best:

How to Farm Savathûn’s Marionettes?

On Io, all you need to do is to continue switching between The Rupture and Lost Oasis landing zones after killing 1-2 near each area. On Titan, you can travel to The Rig landing zone and continue to sparrow around the area where the PE related to wizards takes place. Since Titan is a fairly small space, it’s arguably better than Io when it comes to finding them.

Since these bosses spawn fairly frequently, you should easily be able to solo them all in about 30-40 minutes depending on your RNG. Once you’re done with finding Calcified Fragments and defeating Savathûn’s Marionettes, you’ll need to play a little Reckoning or Gambit Prime with your favorite Void weapon and unlock Ruinous Effigy.

That’s all we’ve got in our Savathûn’s Marionettes farming guide in Destiny 2 Season of Arrivals. For more help on the game, you can check out our detailed Destiny 2 wiki guides.