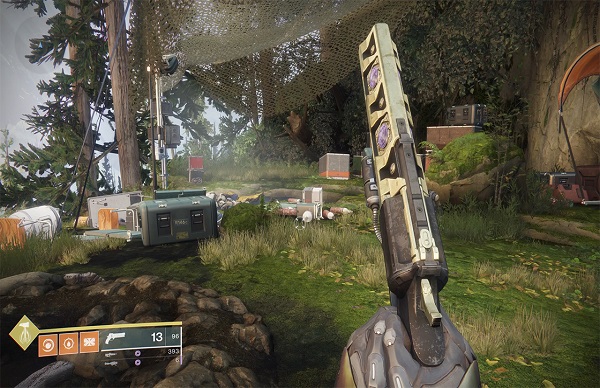 Reviews for Ryzen 3000 desktop CPUs have started to pour in as the CPUs are now available in the market. These AMD CPUs offer performance gains not only compared to previous Ryzen CPUs but, also on latest Intel CPUs including the Core i9-9900K. Despite the performance leap, Ryzen 3000 CPUs, for some reason, aren’t running Destiny 2.

This means that CPUs like Ryzen 7 3700X and Ryzen 7 3950X, despite having increased core/thread count compared to Intel, aren’t able to run Destiny 2.

Players report that as they launch the game, it just shows up briefly in the Task Manager and then just vanishes. Also, the issue isn’t just with one or two CPUs from the line-up but is consistent with all AMD Ryzen 3000 CPUs.

Most of the Ryzen CPUs would have probably been bought by gamers. It’s ironic that many of them aren’t currently able to play their favorite game.

This doesn’t mean the CPUs are faulty, it’s probably just a matter of compatibility. Hopefully, this will be fixed with a patch. Also, Bungie has noted that it’s investigating why the Destiny 2 isn’t running on Ryzen 3000 CPUs.

If the performance gains are any indicators then PS5 and Xbox Scarlett will be powerful consoles and won’t be bottlenecked by a weak CPU. Furthermore, both consoles also feature Navi graphics with support for real-time Ray Tracing.

While AMD is making progress in the CPU market by leaps and bounds, the story is a bit different in the GPU sector. Nvidia is currently the king of the GPU market and AMD is lagging behind.

However, AMD is the first among the two to introduce 7nm GPUs but, Nvidia still claims that its 12nm Turing architecture is still the most efficient GPU. Nvidia claims Turing architecture’s performance per watt advantage is quite evident over its competitor.

If you are interested in checking out the benchmarks of the AMD Ryzen 5 3600 then be sure to check out our numbers.