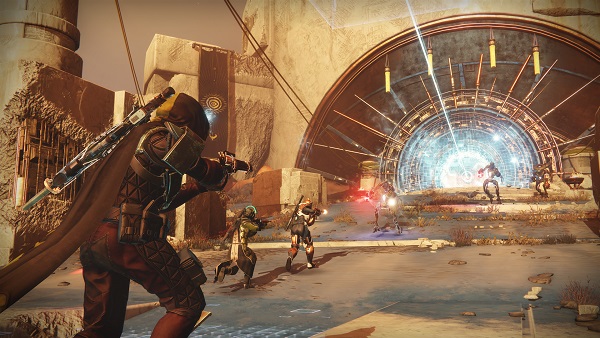 Public Events in Destiny 2 remain among one of the best methods to earn XP and grind for Exotics. These open-world activities are meant to be attempted by multiple players but don’t shy away from solo-ing them if you’re high enough Power Level. However, attempting normal Public Events in D2 New Light or Destiny 2 Shadowkeep won’t do you any good – you must activate Heroic Public Events to reap the best rewards.

Each Public Event in Bungie’s Destiny 2 has a specific requirement to trigger its Heroic PE variant. To prevent you from not ruining other players’ attempts at turning a Public Event into its Heroic version, here’s a primer that details everything you need to know about turning all PEs in Destiny 2 (from all Destinations) into Heroic Public Events.

The following are all the Public Events in Destiny 2 (from vanilla D2, Curse of Osiris, Warmind, Forsaken, and Shadowkeep) and turning them into their heroic variants:

1. Taken Blights
During the Public Event, you’ll see a few shielded blights in the area. You can step into these shielded blights to receive a buff called “Blight Receding” for 5 seconds. What this buff does is that it lets you damage the giant blight that, without the Blight Receding buff, should be immune.

You need to continue to step in and out of the shielded blights to receive the Blight Receding buff and deal enough damage to the giant blight to trigger the heroic version of the Public Event. To complete the event, you need to kill the Blightmaker boss.

2. Weapons Exchange (Spider Tank)
Every time you destroy a leg of the Spider Tank (Walker), it’ll spill out three orbs. You need to ensure that you don’t kill the Walker, pick up the orbs, and deposit them at the shielded cannons. Once you’ve deposited all the orbs at all the shielded cannons, you’ll trigger the heroic version – the more players depositing the orbs, the faster you’ll trigger the heroic PE.

In the Heroic Weapons Exchange Public Event, an additional Spider Tank drops down and you must destroy both of them to complete it.

3. Injection Rig
Every time you kill a Psion with a yellow HP-bar, you’ll notice three sets of vents on the Injection Rig open up. You should be able to tell them by their bright orange glow. You need to destroy them all to start the Heroic Injection Rig in Destiny 2. I should also note here that you’ll continue to take damage while standing inside the shield, therefore, try to use a Trench Barrel Shotgun, Wardcliff Coil, or a Fusion Rifle to destroy them quickly.

It also helps to have multiple players shooting vents at the same time to speed up the process. Once done, you need to kill the boss to complete the event.

4. Cabal Excavation
After the event starts, you need to stand in the circle and let the progress reach somewhere around 30-35 percent. At this point, you should see a red Thrasher (a ship) somewhere nearby. You simply need to shoot it down using a Rocket Launcher or a Machine Gun. This should trigger the heroic variant of the Cabal Excavation Public Event. Once it turns heroic, simply kill the boss to complete it.

5. Disrupt Vex Construction
From the conflux, you’ll notice three digital threads leading to three different plates. To turn the event heroic, you need to stand on these three plates until the progress reaches 100% – having more players standing on one plate speeds up the process.

Once you’ve done all three plates, you’ll trigger the Heroic Disrupt Vex Construction Public Event. After that, simply kill the Vex Minds and enemies to complete the event.

6. Ether Resupply
You need to continue to damage the Servitor until you see three small Servitors shielding it at the same time. As soon as you see the small Servitors spawn, kill them within 15-20 seconds of each other to turn the Public Event heroic. Once it does, simply kill the boss to complete the PE.

7. Glimmer Extraction
After the event starts, you should be able to see a small glimmer drill machine that will take damage when you shoot at it. What you need to do is to completely destroy it before killing all four marked enemies. You need to do so after each relocation until you see the “Joined Heroic Public Event” message appear on the screen.

After the event turns heroic, you need to stand on the pile of Glimmer (until it reaches 100%) and kill all the enemies including the Fallen Captain to complete the event.

To complete the Heroic Witches Ritual Public Event, you need to defeat the Knights. Simple as that!

10. Vex Crossroads (Mercury Public Event)
You need to defeat the yellow-bar enemies right next to the portals. Once done, pick the charges that they drop and deposit them near the portal followed by using the Vex-launcher to take a trip to the platform above. Once you’re up, kill a Major enemy and continue to hop up platforms while destroying the crystals that spawn.

After you reach the very top, open up the Regional Chest and stand on the plate in the center to activate the Heroic Vex Crossroads Public Event in Destiny 2 Curse of Osiris expansion.

This is everything you need to know about turning all the Destiny 2 Public Events into their heroic variants. For more on Destiny 2 New Light, check out our Beginners Tips, Armor 2.0 Guide, and Exotics Guide.