Home Guides Destiny 2 How to Unlock Gjallarhorn in Destiny 2 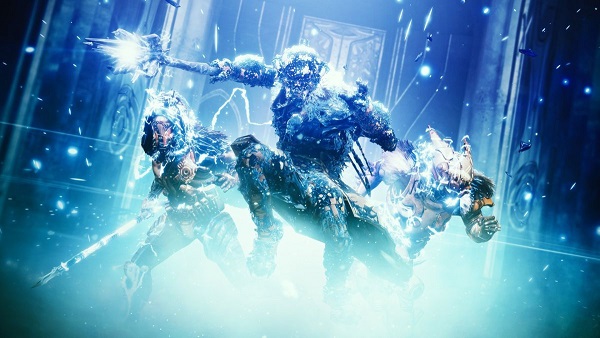 The king of Rocket Launchers in the Destiny franchise, Gjallarhorn, has made a comeback in Destiny 2 as a part of Bungie’s 30th anniversary celebrations. Packed with Wolfpack Rounds, it can easily melt bosses just like it used to in the original Destiny. In this Destiny 2 guide, we have detailed all there is to know about how to unlock Gjallarhorn.

To unlock Gjallarhorn, the player needs to complete an Exotic Quest called ‘And Out Fly the Wolves’. To get it, speak to Xur in Xur’s Treasure Hoard after completing the initial run of Dares of Eternity.

After speaking with Xur, head over to Cosmodrome and speak to Shaw Han. The next step requires the player to complete the new Grasp of Avarice dungeon – the difficulty does not matter.

It is a fairly easy dungeon to complete, especially with a competent team. The entire dungeon revolves around killing enemies to acquire riches for the Burden of Riches debuff and then standing right next to a large crystal to charge it up.

From there, head over to Banshee-44 in The Tower and speak to him. From there, complete a Lost Sector in Cosmodrome. After that, return to a table right next to Shaw Han and speak to him one more time to acquire Gjallarhorn. Gjallarhorn also has an Exotic Catalyst that makes it even better.

This is all we have got in how to unlock Gjallarhorn in Destiny 2. For more help on the game, feel free to check out our detailed Destiny 2 wiki page.