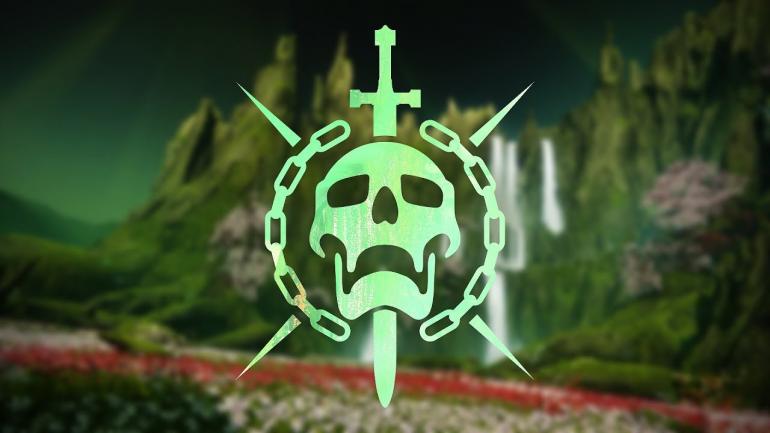 You can start the Destiny 2 Garden Of Salvation Raid by selecting the new icon that you can find on the upper left corner of the map when on the moon. The recommended power level is 940 so keep that in mind. The following are the different encounters fo the Garden of Salvation raid and how you can complete them.

In this part of the Garden of Salvation raid, you need to take out the massive harpee enemy that is called Consecrated Mind Sol Inherent. At first, you cannot damage the enemy but it moves around the area and drops cubes that you can pick up. These cubes will give you the Voltaic Overflow buff. You should only pick up one of these buffs per player.

Connect the cube to the blue barrier to start the encounter. The connection can turn red, this means that you are either too far away from the source or your teammate.

In the second room, the cube has a shield around it. You need to take out the two cyclops enemies in order to remove the shield. You can unlock the door using the same method as before. You will need fewer players this time. The team will need to split and at least two people without the buff will need to wait for the boss to drop the cubes in order to avoid the wipe mechanic.

Once you have unlocked the next room, the boss will move into the second one and platforms will appear which will make traversal much easier. Kill the ads in this room and the Angelic enemy. Killing this enemy will give you access to the cube. The cube spawns randomly but you will need 3 players in order to tether it.

The next room the, the one you need to climb a cliff for, has 3 cubes and 3 doors that you need to unlock. You will need to tether them one by one. Kill the angelic enemy for the first one and do the others.

How To Draw Out The Boss

Once you complete the jumping part, you will come into an area with a tower and multiple corridors. Tether the tower to the cube and you will get the enlightened buff. Once you do that, enemies will spawn that will try to attack the tower, you will need to kill these enemies and defend the tower.

Once you have done all four, the games will open and you will be able to enter into the Pavillion which is the center. Defeat enemies here in order to get the last cube. Do the last cube and tether it to the tower. This will spawn the boss. Do not stand in the middle or the boss will kill you.

The boss will go to the middle of the arena and some ads will spawn. The boss will then go into one of the lanes. 2-3 of the players can go with the boss into the lane where it will stand on a plate. One person should go close to the boss while the other people should stay a further back. The boss will shoot at the player close to it and then will open its wings. You will see red lights on the wings that form 2 circles. An outer circle and an inner circle.

White lines will join the red lights to form a triangle. That is how you know which lights you need to shott. You need to coordinate with your team regarding whether to shoot all the red lights in the inner circle or the outer one.

The team that is not going after the boss will be in the center of the arena and will take out ads. These ads will drop motes like gambit mode. You will need to bank these motes. After a couple of rounds, the boss will go to a side and will have multiple red lights glowing on it. This is the damage phase. You need to deal as much damage as possible.

After you take down the boss, you will get rewards and a chest. You might be tempted to go through the portal to get to the next stage of the raid but doing so will kill you. just before the portal you need to turn left and traverse the terrain in order to get to the next part of the Destiny 2 Garden Of Salvation Raid.

Traverse to the top and you will reach a filed with some statues and a lake. This is how you know that you are headed in the right direction. There will also be some enemies here. Once you have reached the lake location. You can find a cave in the rightmost part of the area. You will find a secret chest in this area.

Go up the right side of this area and you will reach an area that is covered in White water. You cannot go through the water but you will notice huge leaves on which you can climb. Traverse on these leaves to reach the next area of the raid.

This encounter has a huge boss, When you come into the arena the spiral shield around the boss will go away and ads will start to spawn. Shoot the crit spot around the groin area of the boss and two portals will appear.

The players staying in the arena will also have to take out the cyclops enemies that are standing on the pillars. These can do massive damage.

You do not need to shoot both shoulders at the same time but you do need to shoot them both. Once you do shoot the shoulder, the player that went through the portal will come back and will need to bank the motes in the pilar. The pillar has a circular part in which you can bank the motes.

Once the portal players are back, the other players need to shoot the crit spot again and enter the portal. The players that went into the portal first will stay in the arena this time.

This guide is a work in progress so stay tuned for updates.
If you’re interested in learning more about Shadowkeep, check out our Best Builds Guide, Rice Cake Locations Guide, and Daito Jade Rabbits Locations Guide.