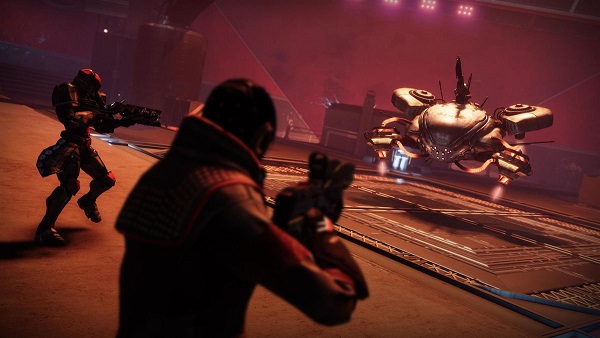 Fallen SABER is the second Grandmaster NF featured in Destiny 2: Season of the Splicer. There is not a lot of things to be wary of in this NF but it can still get frustrating very quickly. The purpose of this guide is to ensure that does not happen. In this guide, we have shared some tips and tricks that will help players consistently complete the Fallen SABER on Grandmaster difficulty in Destiny 2.

Before we get to the tips and tricks, let us talk about modifiers in the NF:

As for weapons, exotic, mods, etc., we recommend running the following:

Now let us talk about some tips that can make the NF a little easier to manage:

All in all, Fallen SABER is quite a simple Grandmaster NF to complete. There are not a lot of complicated mechanics involved. Try to nuke the boss during the third DPS phase as leaving it alive for too long can cause a lot of problems.

That is all we have got in how to complete the Fallen SABER on Grandmaster difficulty. For more help on the game, feel free to check out Destiny 2: Season of the Splicer wiki page.