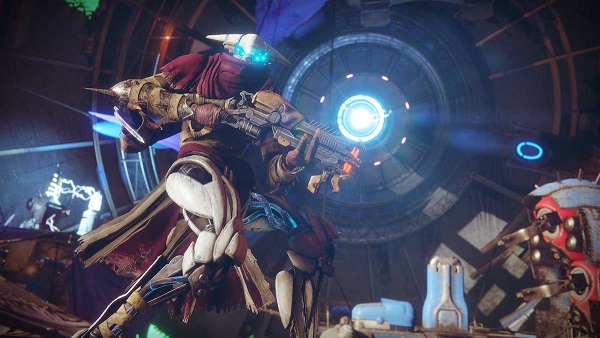 Exodus Crash has to be one of the toughest Grandmaster Ordeal Nightfall to complete in Destiny 2 Season of the Worthy. It has an invisible boss who can one-shot you, champions who can immune other enemies in the boss room, an incredibly difficult passage through patrol zones full of enemies at 1050 PL, and an electrical field in the boss which restricts movement. With that said, the nightfall is not impossible and in this Destiny 2 Exodus Crash Grandmaster Nightfall Ordeal Guide, we will walk you through everything you need to know about completing it easily.

Before starting, do note that you will need to a pre-made fireteam of three people at a Power Level higher than 1025 to start it. However, due to the “Contest Mode” being active, being higher than 1025 does not provide you with any incentive.

First, let us talk about things that you will run into while attempting Exodus Crash at Grandmaster difficulty:

You will need to deal with a lot of Overload Champions which is why all three players should run Overload Rounds to keep them stunned and prevent them from healing. You should also take the elemental shields on enemies into account and prepare yourself accordingly. As for the fireteam composition, you can try to run the following:

Coming to weapons and mods, there are a few things which work better than the others:

To give you a better understanding of everything, this is the setup that my fireteam and I used:

The most important thing that you need to keep in mind is to take your time when passing through the patrol zones. Enemies in the patrol zone are brutal and will 2-shot you in almost all the cases. If you can manage, ask another friend of yours to join your instance at the Exodus Crash landing zone and clear everything for you. It’s a big help!

When you get to the zone where your Ghost is scanning, take your time. Try to clear adds from as far away as you can – try to stand in the alley behind the scanning area. After the enemies are killed, let the Overload Champions push you in the alley and kill them there. After the area is cleared, move to the next area.

Just before the boss room, let the “Wanted Enemy” escape and don’t waste revives. After he leaves, make your way toward the boss room and clear all adds before jumping down. Once you are down, go to the left side of the boss area and let the boss push you. Place a Well of Riddance down, Divinity the boss, and start wailing at him with your swords.

After he disappears, kill all the adds. If you see electric-shanks pushing you, immediately place the Ward of Dawn down. Remember that enemies can very well kill you in a Well of Riddance.

After the second wave of adds, damage the boss again using the same strategy as before. After the second damage phase, some Barrier Champions will spawn in the area. This is where you Eriana’s Vow will come in handy. With Phoenix Protocol(s), you shouldn’t ever run out of Well of Riddance.

Simply keep at it and you should defeat the boss in no time.

This is all we have got in our Destiny 2 Exodus Crash Grandmaster Nightfall Ordeal for the Conqueror title. For more help on the game, be sure to check out our Destiny 2 wiki guides.