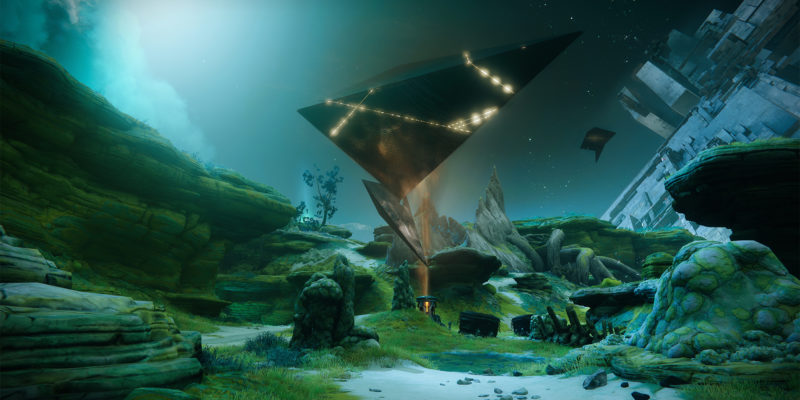 Destiny 2 season 11 is out now, called Season of the Arrivals. With the release of the new season, you get the new Contact public event. In this Destiny 2 guide, we are going to walk you through how you can trigger the Contact Heroic public event.

In order to trigger the Heroic version of this event, you need to bank special orbs called Blooms. They appear at certain times when you take down a challenging enemy. When one of the Bloom drops a message will appear on the screen which says “Concentrated Darkness coalesces nearby”. The pyramid will shoot a beam towards the orb. This will give you an idea of where you can find it.

You will need to bank every Bloom that appears before the boss in the final wave in order to trigger the heroic version of the contact public event in Destiny 2. In the non-heroic version, you fight Will of Quria. In the Heroic version of the event, however, you will take on a Taken Pyromaster, protected by a pylon that emits a shield.

This is going to be much harder than the regular boss and having multiple guardians with you is going to help a lot especially if your power level is not all that high. You can reload the instance to find one in which there are more guardians in order to have a better shot of completing the heroic version of the public event.

This is how you can trigger the Heroic version of the Contact public event in Destiny 2. If you are interested in learning more about the new season then you can check out our guide on the Dark and Light mote mechanic of the new Prophecy Dungeon that has been released.  You can also check out our guide on Redrix’s Broadsword.