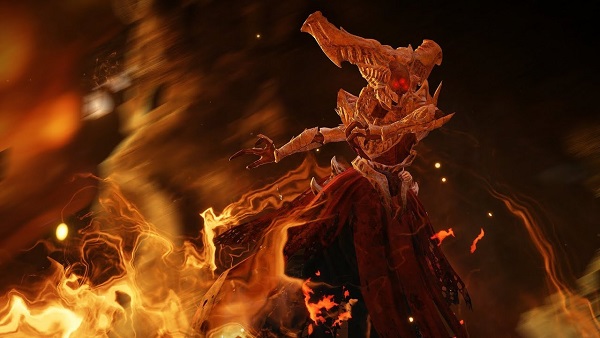 This week, you will be able to take on the Broodhold Grandmaster Ordeal Nightfall to earn the Conqueror title/seal. You need to be at least 1025 Power Level to start the strikes but due to “Contest Mode” being active, being over 1025 PL will not give you any kind of advantage. These incredibly difficult NFs require a pre-made fireteam since there is no matchmaking. In this guide, we will walk you through everything you need to know about completing Broodhold Grandmaster Nightfall Ordeal in Destiny 2 Season of the Worthy.

Similar to other Grandmaster Ordeals we have covered so far, let us talk about things you will run into during the Destiny 2 Broodhold Grandmaster Nightfall Ordeal:

Luckily, there are not any Overload champions chasing you down in Broodhold. But since Barrier Champions tend to regenerate their HP fairly quickly, I would recommend one player to run Eriana’s Vow and two players run their favorite Arc weapons with Anti-Barrier Rounds – something like Last Hope, Subjunctive, or Seventh Seraph VY-7 should do the job.

As for dealing with the shields, Eriana’s Vow should easily cover the Solar shields on Wizards and players running Arc weapons should cover the Arc-shielded Knights. As for the fireteam compositions, there is a lot of flexibility there:

Coming to weapons and mods, there are again quite a few options at your disposal:

It is totally fine if you do not own Warmind mods. We did our entire run without them in our builds and did it just fine. Having them, however, helps a lot. To give you a better understanding, this is what my fireteam ran during the strike:

There is not much to say about Broodhold on Grandmaster difficulty. You need to make sure that you take things slow and not waste any unnecessary rez-tokens.

Your next challenge will be dealing with two Barrier Champions overlooking each other. In this room, try to get the two Shriekers first before focusing on the champions. After that, it should be a smooth ride to the boss.

The first thing that you need to know is you must kill the purple witch as quickly as you can, otherwise, she will continue to spawn void spikes underneath you which will one-shot you regardless of your resistances.

After you arrive in the boss room, clear the room and defeat the Barrier Champion inside. Once the boss appears, stick 5-6 Anarchy shots onto her and damage her as much as you can. The moment you see the void witch appears, tether her and throw everything you have including your Slow-va (top-tree Nova Bomb), Xenophage, Eriana’s Vow, Anarchy/Mountaintop.

If you manage to nuke her, the room will become exponentially easier. From this point forward, your Hunters should use their invisibility and Anarchy shots to slowly whittle away at the boss’s HP.

Once the champions appear, try to deal with the Unstoppable Champion before focusing on the Barrier Champion. If all goes well, you should be able to defeat her and complete Broodhold Grandmaster Ordeal Nightfall in no time.

This is all we have got in our Destiny 2 Broodhold Grandmaster Ordeal Nightfall in Season of the Worthy. For more help on the game, be sure to check out our Destiny 2 wiki guides.