Home Guides Destiny 2 Destiny 2: Beyond Light Exotics Guide – How to Get All Exotic... 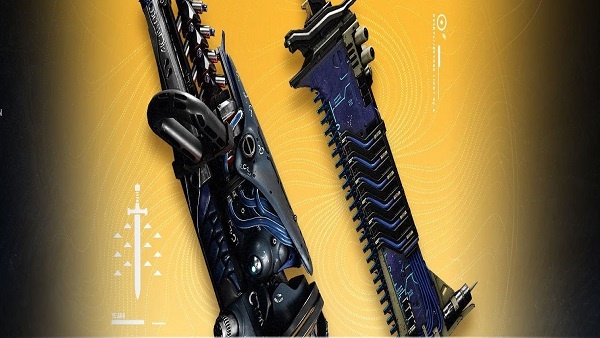 For your convenience, we decided to separate armor pieces and weapons into categories so that they’re easier to find. On paper, it does look like these builds will add to build diversity and may even come in handy in the Deep Stone Crypt raid.

From what we know so far, there are at least 6 exotic weapons scheduled to release with Beyond Light – there could be more though. Almost all of these exotic weapons are fairly unique in how they work and look really strong on paper at least. Here’s a quick rundown of the ones we know so far:

No Time to Explain – Pulse Rifle
You need to complete the main campaign of Beyond Light and speak to Stranger to acquire it. Precision shots and hits against enemies under the effects of Statis will automatically return to the magazine. Continue to stack the effect to summon a portal which will fire from an alternate timeline. The best thing about it is that the portal stacks with Arc Souls – essentially giving you access to two Arc buddies.

The Lament – Sword
The first-ever sword with a built-in Anti-Champion mod. You can hold the block to charge it and pierce through Anti-barrier shields. When fully-charged, damaging an enemy will also heal you. At last a worthy replacement for the Falling Guillotine.

Salvation’s Grip – Grenade Launcher
After completing the main campaign of Beyond Light, speak to Drifter in The Tower’s Annex to acquire the questline. The quest requires you to do a whole lot of things. You can read a TL;DR below:

Projectiles fired from the Salvation’s Grip will create Stasis crystals that will freeze all nearby targets. You’ll also be able to charge it to increase the amount of crystals and freeze radius.

Duality – Shotgun
Duality in Destiny 2: Beyond Light is a Season Pass reward. It’s an interesting shotgun that can be hipfired for buckshot and ADS for slug shots.

Hawkmoon – Hand Cannon
There isn’t a lot that we know about Hawkmoon. All we know is that it’s coming back in BL. Hopefully, we’ll have more info. soon enough.

Dawn Chorus – Warlock Helmet
A strong exotic for an already strong Super in the game. When equipped, Daybreak projectiles will deal increased damage, burn targets on contact, and restore a small portion of melee energy for every tick of burn damage.

Icefall Mantle – Gauntlets
Similar to Hunter’s Mask of Bakris, Icefall Mantle replaces Barricade ability with an Overshield that lasts for a few seconds and absorbs incoming damage. At 100 Resilience, you should be able to get your Barricade in approx. 10 seconds so it does sound kind of broken.

Precious Scars – Helmet
Upon reviving an ally, your allies and you’re connected with a tether that protects everyone – in addition to getting one-time overshield. Unless I get my hands on it soon enough, I just don’t see it being incredible useful since you already get an overshield for reviving downed allies.