Home Guides Destiny 2 Best Primary Weapons to Use in Destiny 2: Beyond Light 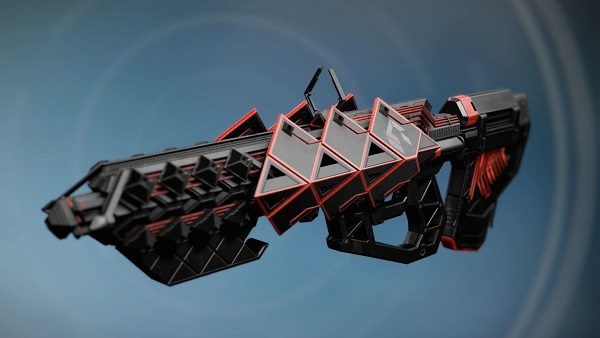 When it comes to Primary Weapons, the meta hasn’t shifted a whole lot from Season of Arrivals. IKELOS_SMG_V1.0.2 still slaps and Falling Guillotine, although nerfed by ~24%, is still really good. From BL, we’ve got No Time to Explain which is pretty interesting as an add-clearing option, especially when combined with Getaway Artist and Arc Souls. In this guide, we’ve shared what we think are some of the best primary weapons that you can use in Destiny 2: Beyond Light and Deep Stone Crypt raid.

Best Primary Weapons to Use in Destiny 2 Beyond Light

For your convenience, I’ve also outlined what I think are the god rolls for these weapons (where applicable) while playing on the MnK. However, with so many random rolls out there, I’d recommend sticking to one that you feel comfortable with. Another thing to keep in mind is that these are strictly PvE recommendations.

While making the list, I also tried to keep the sunsetting factor in mind. None of the weapons in the list are being sunset anytime soon and will easily last you for an entire year. With that said, the following are the best primary weapons that you should use in Destiny 2: Beyond Light:

With Recluse being sunset and nerfed to the ground, IKELOS_SMG_V1.0.2 has rightfully taken its place. The weapon can be infinitely farmed using Umbral Engrams and can rolls with a variety of decent perks like Threat Detector, Demolitionist, Surrounded, etc. The best thing about an IKELOS_SMG_V1.0.2 is that it can create Warmind Cells (with Global Reach mod equipped) that work as mini-nukes and can clear an entire room of adds in a moment.

With mods like Anti-Champion mods moving to armor, you can slap a Surrounded mod on it and transform it into an add-clearing machine. Alternatively, you can go with Demolitionist to get your grenade back after 3-4 kills. Its only drawback is range which is why having a range MW helps a lot.

If you’re playing on a control, the Seventh Seraph VY-7 is a bit easier to control as compared to IKELOS_SMG_V1.0.2 and essentially does the same job but I’d still recommend the former.

600 RPM Auto Rifles are taking a small hit in Beyond Light but they’ll still be pretty good until some really good 750s are rolled out. The thing about Gnawing Hunger is that it lets you shred enemies from a range unlike an SMG which is helpful in new content when you’re under-leveled.

It can also be farmed using Umbral Engrams and comes with a range of decent rolls such as Swashbuckler, Multikill Clip, Rampage, Zen Moment, etc. There isn’t much to say about Gnawing Hunger – it’s just really, really good.

Sidearms, by themselves, aren’t incredible but when coupled with the Surprised Attack mod, they can be really good. There aren’t a whole lot of sidearms to choose from but I definitely recommend farming a good Breach Light from Umbral Engrams and Last Hope from Master Rahool. Traveler’s Chosen can only be acquired from a questline which I hope you’ll be able to take from the kiosk on the Tower. With the Surprised Attack mod, you’ll be able to 1-2 tap Majors in the game.

Even if you aren’t a Pulse guy, I definitely recommend trying them out in new end-game activity when you’ll be under-leveled. These weapons pack a punch and allow you to clear adds without putting yourself in harm’s way. There are a few Pulses that I find better than the others e.g. Cold Denial, Sacred Provenance, etc. Cold Denial can easily be farmed from Umbral Engrams and Sacred Provenance is a GoS-exclusive weapon that isn’t being sunset. If you managed to prevent yourself from dismantling the Cold Denial that you get from the Season Pass, it’s a pretty good roll.

Another one that I recommend is Outbreak Perfected but the questline to get it is being sunset. Hopefully, you’ll be able to acquire it from the kiosks on the Tower.

I haven’t come across many examples of a gun going zero to hundred with the addition of a catalyst. Trinity Ghoul is one such example. Killing an enemy with a precision final blow can proc. Lightning Rod that chains lightning to all nearby enemies. If you’ve a lot of red bars in an area, nothing will even come close to Trinity Ghoul. The best thing about this exotic bow is you won’t even have to aim to use it well.

With the release of D2: Beyond Light, all 150 RPM hand cannons are being converted into 140 RPM with Sunshot being the only exception. Its exotic perk lets you chain explosions and can easily clear an entire area filled with red bars although Trinity Ghoul with catalyst does it way better. The thing about Sunshot is that it can also create Warmind Cells with Wrath of Rasputin mod.

Speaking of honorable mentions, there are a few options that you can choose from. These include:

These are the best primary weapons you should consider taking into Destiny 2: Beyond Light. For more help on the game, you can check out our detailed Beyond Light guides.