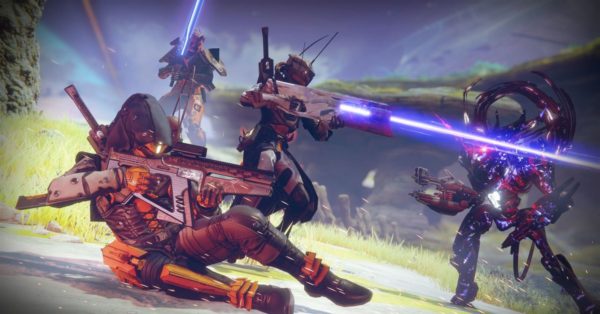 The problem with all of these activities is that you get only 1 per game which means you need to complete 300 Gambit matches, Crucible, or Nightfalls to get 300 Filthy Lucre. It doesn’t matter if you win or lose all you have to do is complete the game to get 1 Filthy Lucre. However, there are certain methods to make the process faster for yourself and quickly farm the Filthy Lucre in Destiny 2.

How to Complete The Bank Job Exotic Quest

Speak with Banshee-44 to get the quest and head on a journey of grind. The very first step of the quest is getting your hands on the Vault Keys. These Vault Keys are earned by killing enemies using a Kinetic or special Grenade Launcher. You need 50 keys to complete the first step of The Bank Job exotic quest. This step doesn’t require you to play the PvP modes of Destiny 2. Focus on AI enemies and kill them using the required weapon to get the Vault Keys.

Step 2 of The Bank Job Exotic Quest is divided into three portions.

Once you complete these requirements you will be able to successfully complete The Bank Job Exotic Quest in Destiny 2. If you need more help with the game check out How to Get Twisted Energy,  Prophecy Dungeon, and How to Level Up Fast in Destiny 2.