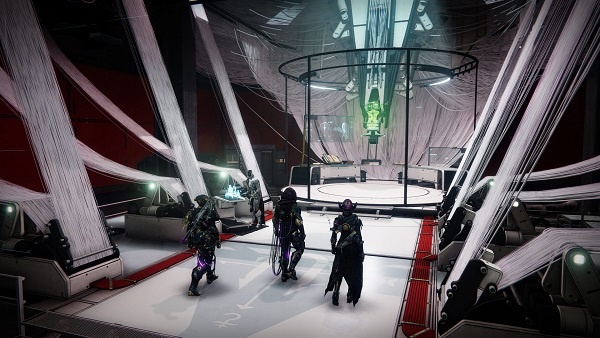 Lord Saladin has once again found his way to The Tower with yet another Iron Banner quest called Adversarial Relations. This S14 questline is pretty simple, especially for above-average PvP players since there isn’t any ridiculous Power Weapon kills requirement like the previous season. In this guide, we’ve detailed all there’s to know about how to complete the Adversarial Relations IB questline in Destiny 2 Season of the Splicer.

To start, head over to The Tower and speak to Lord Saladin there. Make sure to grab the bounties as well since these reward Pinnacle Gear. While playing solo, be sure to play the Freelance Iron Banner so as to avoid matching against 6-stacks. Also, before begin, do note that objectives like zones captured, matches completed, Guardians defeated, etc. are retroactive and automatically carry over to the next step. Below, we’ve provided a complete list of all the quest steps needed to complete the Adversarial Relations:

This one is simple. Stop being Mr. Freeze for once and use other subclasses. Spectral Blades, Arcstrider, Chaos Reach, Dunemarchers, etc. are all good to complete this step. The other two things should come naturally.

If on a controller, Last Word is still king. Otherwise, 120 HCs like Igneous Hammer, Bottom Dollar, True Prophecy, or even some 140 HCs such as Ace of Spades, Palindrome, Thorne, etc. are incredible for this step. Once again, zones captured and matches should come naturally.

While it’s a personal preference at the end of the day, SRs like Cloudstrike, Frozen Orbit, Adored, and the sniper from Deep Stone Crypt raid are useful for this step. It all comes down to an individual’s skill level.

For the shotgun kills, reprised Retold Tale, Felwinter’s Lie, Astral Horizon, etc. are still incredible – just ape and fire. Melee kills can be a little frustrating but shouldn’t be much of a problem in a 6 versus 6 game mode. One thing that can be done is to play with a high Strength and also throw in Monte Carlo to recharge melee ability faster. Middle-tree Arc for Warlocks, Throwing Knives for Hunters, and Shoulder Charge for Titans work very well.

Again, a very simple step. Super kills should happen naturally as the game progresses. As for the Match Points, 3 points are rewarded for winning a match and 1 point is rewarded for losing a match. As for the kills with a machine gun, there isn’t anything to be done except camp Heavy Ammo because Bungie wants us to. Heir Apparent with catalyst is very good for this step. If not that, try Xenophage.

Once done, return to Lord Saladin at The Tower to turn in the quest and receive rewards.

This is all we’ve got in how to complete the Adversarial Relations quest in Destiny 2. Feel free to check out our detailed Season of the Splicer wiki guides for more help on the game.