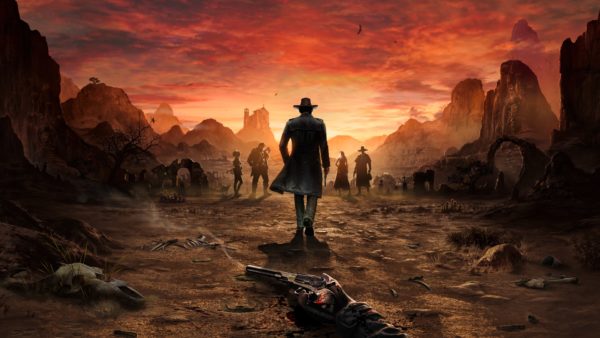 Our Desperados 3 Beginner’s Guide will help players with the best tips and strategies they need to know before they start the game.

Desperados III isn’t an action game as players need to rely on stealth and take their time. There are a lot of things that first-time players need to know as these can help them to be better at playing the game.

Our Desperados 3 Beginner’s Guide will help players with a lot of things like which difficulty level to chose, how to use the environment to sneak around, how to manipulate the UI, and more.

Don’t Be Overambitious With The Diffuculty

Desperados 3 gives players the choice between 4 difficulty levels. For your first playthrough of the game, we recommend going for the normal difficulty.

The reason why we recommend normal difficulty is simple, players need to have at least played through the game once before they can tackle the higher difficulty. Even then, players will have difficulty playing at a higher difficulty level. So, don’t be overambitious and take things slow.

Positioning Is Important To Remain Undetected

Players can use the building to climb up and get an edge over their enemies. Buildings can also be used to simply avoid any enemy and sneak past them.

Rotate And Zoom The Camera

While Desperados 3 is an isometric game but, all of the environments are rendered in 3D. The reason why we recommend that you use this often is that it can help players to perform tasks easily.

Also, this feature is useful if a large object if blocking the player’s view of the map. Furthermore, it can reveal enemies that are otherwise undetectable from another camera angle.

As for zooming in on the map, it’s useful to find small objects in-doors like quest items. This is especially useful in smaller areas.

Every character in Desperados 3 comes with its own unique skills and abilities. These also include unlimited abilities.

These abilities are very helpful, however, there are certain restrictions on how you can use them. Like if you use the equipment, players will have to retrieve that equipment before using the ability again like throwing knives and bear traps.

Desperados 3 isn’t an RPG but, saving the game often will help players to not lose a lot of their progress in case their character dies.

Not to mention, some missions fail if the player is detected. So, We recommend you use the quick save feature often to avoid any progress loss.

It’s easy to miss something important while playing Desperados 3. However, this can be avoided by just a push of a button. Go the settings and enable the ability to highlight interactive objects and characters near your character.

Not only that, but this ability will also give you a better idea of any major location if you choose to activate it as you enter.

This is especially useful in areas where the player character is not supposed to go. This will give the players a better idea of the surroundings and will even highlight objects that can be used to create accidents.

Mini-Map Can Be Enlarged

Minimap is an important part of the game’s UI. It tells players, where they are and where they need to go. However, the default size of the mini-map isn’t particularly easy to read.

Players can press ‘M’ on PC to see a slightly enlarged version of the minimap. While it may not seem like much but, players often forget it which makes playing Desperados 3 a bit difficult.

Use Showdown Mode When In Trouble

Showdown Mode allows players to plan out the action of a single hero or multiple ones. This mode demands players to be creative. The more creative they are, the better the results will be.

The Showdown Mode in Desperados 3 can players out of difficult situations by allowing players to focus on targets that are causing more trouble.

Players can use the Showdown Mode to create diversions so that the other hero can sneak behind them or can combine skills of different heroes for increased damage or better effects. The only restriction is the player’s imagination and creativity.

Take Your Time To Read Your Enemies

Desperados 3 isn’t an action game where players can go in gun blazing. The enemies in the game either are stationary or patrol around. Always stop and see which routes the enemies are patrolling or if there is a location where the enemy stops for a while. This will give players a better chance to avoid unnecessary encounters or plan out an attack for increased efficiency.

before players make a move for a stealth kill, do check if the target is in the field of view of another enemy. Just click with RMB on the character to see its field of view. Make a habit of checking the enemy FOV otherwise, there will be situations where the enemy standing nearby will raise the alarm.

If your target is in the field of view of another enemy, then just distract the other one or use the Showdown Mode to kill all targets at the same time.

If players stun an enemy, don’t leave it like that and tie the enemy up before you move on. If players don’t tie the stunned enemies, they’ll come back to their senses and will raise alarm.

When an enemy is stunned, stars appear on its head with a round yellow meter. Tie the enemy up before the meter runs out. This way, the enemy won’t be able to get free and alert other enemies. Players can move these ties up enemies to bushes or any other place to hide them.

Always remember to hide tied up enemies or dead bodies before you move on. You don’t want any patrolling enemy to find a tied-up person or a dead body. Always hide these things to avoid detection.

The best place to hide bodies or the tied-up enemies is the bushes or in the hay. Players can also drop the bodies in the well or into the abyss. Furthermore, if players don’t have any place to hide it then, hide the body behind a large object where they think the enemies won’t patrol.

That is all for our Desperados 3 Beginner’s Guide with tips on a lot of things that players need to keep in mind as they start the game. For more on the game, also see our Skills and Passive Abilities Guide.