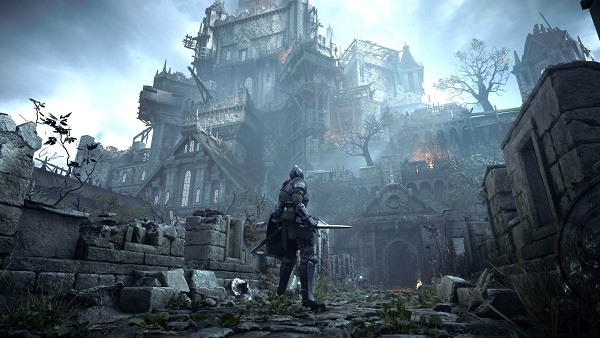 There are a total of 30 rings that you can find in Demon’s Souls Remake as opposed to 26 in the original PS3 version. Rings can be equipped to gain a number of buffs and effects. These include faster stamina regeneration, having increased damage as phantoms, staying undetected by enemies for longer durations, and more. Rings in Demon’s Souls for PS5 are scattered all around the game world, with some having multiple ways of acquiring them. In this Demon’s Souls Remake guide, we’ve shared the locations and effects of all 30 rings that you can find in the game.

As mentioned earlier, rings in Demon’s Souls Remake can be found in the world, by defeating bosses, killing NPCs, and through some additional means. None of the rings are missable since you can always find the missing ones in NG+. Some rings, however, do require you to have Pure White/Black Character Tendencies to get them.

Cat’s Ring
It’s located toward the left of the first fog gate in Leechmonger Archstone. You’ll also find a Black Phantom roaming around. You can also buy it from Patches, the Hyena in The Nexus for 40,000. Once equipped, the Cat’s Ring completely negates fall damage.

Clever Rat’s Ring
It’s in the middle of the hallway with the ballista trap in the Tower of Latria – deactivate the trap before getting it. If your HP falls under 30% while wearing the Clever Rat’s Ring, you’ll boost your ATK by 50%.

Cling Ring
It’s in the Boletarian Palace, a little past the fog gate with the Blue Eye Knight on the wall. You’ll most likely find it while trying to unlock the shortcut in the area. While in Soul Form with the Cling Ring equipped, your max HP is increased by 40%.

Dull Rat’s Ring
You’ll need to save Lord Rydell at the Tower Latria to get it. Remember that to rescue Lord Rydell, you’ll need Pure White Tendency. Lord Rydell himself should be on the 2nd floor of the tower, past the bridge. Equipping the Dull Rat’s Ring increase defense by 50% whenever your HP falls under 30%.

Foe’s Ring
You need to kill Yuria, the Witch and then speak to Mephistopheles with Pure Black Tendency to get it. Equipping the Foe’s Ring increases your overall damage as a Black Phantom by 20%.

Fragrant Ring
There are multiple methods of getting it. You can simply start with the Royalty class, buy it from Patches, the Hyena for 60,000, trade a Brass Telescope with Sparkly, the Crow, or find it at the Fool’s Idol Archstone. Equipping the Fragrant Ring provides 1 MP after every 4 seconds.

Friend’s Ring
You need to speak to the Monumental with Pure White Character Tendency to get it. Equipping the Friend’s Ring increases your overall damage as a Blue Phantom by 20%.

Master’s Ring
In the Dragon God arena, head behind the left-side ballista to find it on a corpse. It can also drop from Executioner Miralda. Equipping the Master’s Ring increases the Sweet Spot damage by 15% but at the cost of reduction of damage of every other attack.

Regenerator’s Ring
While at the Shrine of Storms, head over to the area where you get the Copper Key and roll down the tower walls to get it. There are a couple of archers in the area. Alternatively, head over to the Leechmonger Archstone and head past the Mirdan Hammer in the poison swamp to find it in the area. Lastly, you can also trade the Jade Hair Ornament with Sparkly, the Crow. You regenerate 4 HP per second when equipped with the Regenerator’s Ring.

Ring of Avarice
To get the Ring of Avarice, head over to the Fool’s Idol Archstone and find it at the bottom of the boss tower after releasing the final chain. You can also buy it from Once Royal Mistress at the Tower of Latria for 50,000. You get 20% additional soul points from defeating enemies.

Ring of Devout Prayer
The ring drops from Saint Urbain(if you kill him) after rescuing him at Adjudicator Archstone. You can also get it by trading Large Sword of Moonlight with Sparkly, the Crow or trading Crest of Vinland with Selen Vinland at the Leechmonger Archstone. Equipping the Ring of Devout Prayer provides an additional miracle slot.

Ring of Disease Resistance
It’s located in the swamp near the Primeval Demon at the Foo’s Idol Archstone. You can also find it at the Armor Spider Archstone. To find it, head inside the tunnel on the right side, head right from the end, and continue to head down the scaffoldings – you’ll find it on a corpse on the left side. Equipping the Ring of Disease Resistance increases the disease resistance by 4x.

Ring of Great Strength
It’s located in the same place as Ring of Flame Resistance in the Boletarian Palace – near the dragons. You can also kill Biorr, of the Twin Fangs to get it. It increases weight capacity by 50%.

Ring of Herculean Strength
You can either give the Jade Hair Ornament to Stockpile Thomas or simply kill him to get the ring. Increases the item weight capacity by 50%.

Ring of Magical Sharpness
It’s located on the 4th floor of the Tower of Latria, inside the room with 4 Iron Maidens. Equipping it increases magic attack power by 20% but also reduces magic defense power by 40%.

Ronin’s Ring
It’s dropped by Scirvir, the Wanderer at the Armor Spider Archstone. You can also find it at the Slug cavern at the Adjudicator Archstone. Equipping the ring will significantly reduce weapon attrition.

Thief’s Ring
You’ll find the ring sitting on a platform behind Ostrava, of Boletara at the Boletarian Palace. When equipped with the Thief’s Ring, enemies will have a harder time detecting you.

Ring of Longevity
It’s a bonus for players who own the digital deluxe edition of Demon’s Souls Remake.

Providential Ring
You’ll need to own the Deluxe Edition of Demon’s Souls Remake to get it.

Please note that there are still a couple of rings locations missing from the Demon’s Souls Remake guide. We’ll update it once we manage to find them all. Feel free to let us know if you did and we’ll add it to the guide.

These are all the rings, their locations, and effects in Demon’s Souls Remake. For more helpful tips, head over to our Demon’s Souls 2020 wiki.