Deep Rock Galactic is an interesting game with a variety of gameplay mechanics. It is a coop FPS but with some RPG elements and resources gathering for crafting and what not.  There are a ton of resources you can find in the game and some are mission-related while others are used for crafting and upgrades. In this Deep Rock Galactic resource farming guide, we will discuss how you can farm some hard to find items.

Resources are used to upgrade equipment, brewing resources, and more. What’s interesting is that you can mine some of the resources so we will use mineable items to farm resources in Deep Rock Galactic.

Enor Pearl is an equipment upgrade resource that is hidden under the ground. There are multiple locations you can find Enor Pearl in Deep Rock Galactic. You can find Enor Pearl at the Sandblasted Corridors, The Salt Pits, and while in limited quantity, you can also find some in the Radioactive Exclusion Zone. The best place to find this equipment resource is the missions in the Sandblasted Corridors and The Salt Pits. You will find some in the Radioactive Zone as well but it will be much harder to find any. This resource is hidden in the ground so look in areas with small grey marbles. Dig where the small marbles get closer together.

The next locations to find Croppa is the Fungus Bogs and the Magma Core. Croppa crystals have green color with a metallic texture and purple spikes. They are usually found on walls and ceilings in a pillar form. You can find the Croppa are in large quantities in the Fungus Bogs but they are limited in the Magma Core.

Bismor is a resource in Deep Rock Galactic which is easier to farm as it’s pretty visible above the ground. Look for crystals above the ground to spot Bismor in locations such as Dense Biozone, Salt Pits, and Crystalline Caverns. The crystals come in Cubic forms so very easy to spot and farming becomes easy as well for Deep Rock Galactic players. This resource is available in abundance if you search in the Dense Biozone. Meanwhile, it the Salt Pits and Crystalline Caverns there are limited numbers but still, you can find some.

Umanite is also one of the resources that are easy to find. Similar to the Bismor this one is also in the form of crystals above the ground. Look for it in the Radioactive Exclusion Zone where the item is found in abundance. There are two other locations where you can find the Umanite. Look in the Dense Biozone and the Glacial Strata. The Umanite has a slime-green color so it is very easy to spot.

There are three locations Deep Rock Galactic where you can find the Magnite. Search for this resource in the Glacial Strata, Magma Core, Sandblasted Corridors. Magnite comes with a dark red color and black spikes on top. They have a pillar shape form and are available in large quantities at the Glacial Strata and Magma Biomes. You can go look in the Sandblasted Corridors as well but Magnite is available in limited numbers there.

Look for the visible crystals above the ground to find Jadiz in Deep Rock Galactic. The best locations you can find Jadiz in are Crystalline Caverns and the Fungus Bogs. They are a bit hard to find since Jadiz is hidden in the ground and walls of the caverns. You can also check the Fungus Bogs but in very limited quantity. Look for areas with green shards. Turn off the flashlight when looking for it. Jadiz glow and the closer you get the glow gets brighter. Pick up the crystals and deposit them into molly.

Error Cube is a rare resource in the game but you can look for it in all of the Biomes. The item is hidden in the ground and walls. You can spot it with its small dark grey spikes poking out of the ground. 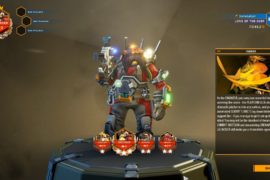 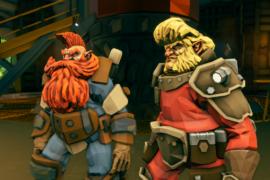 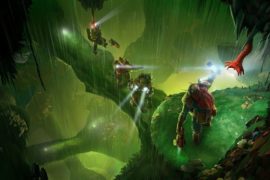