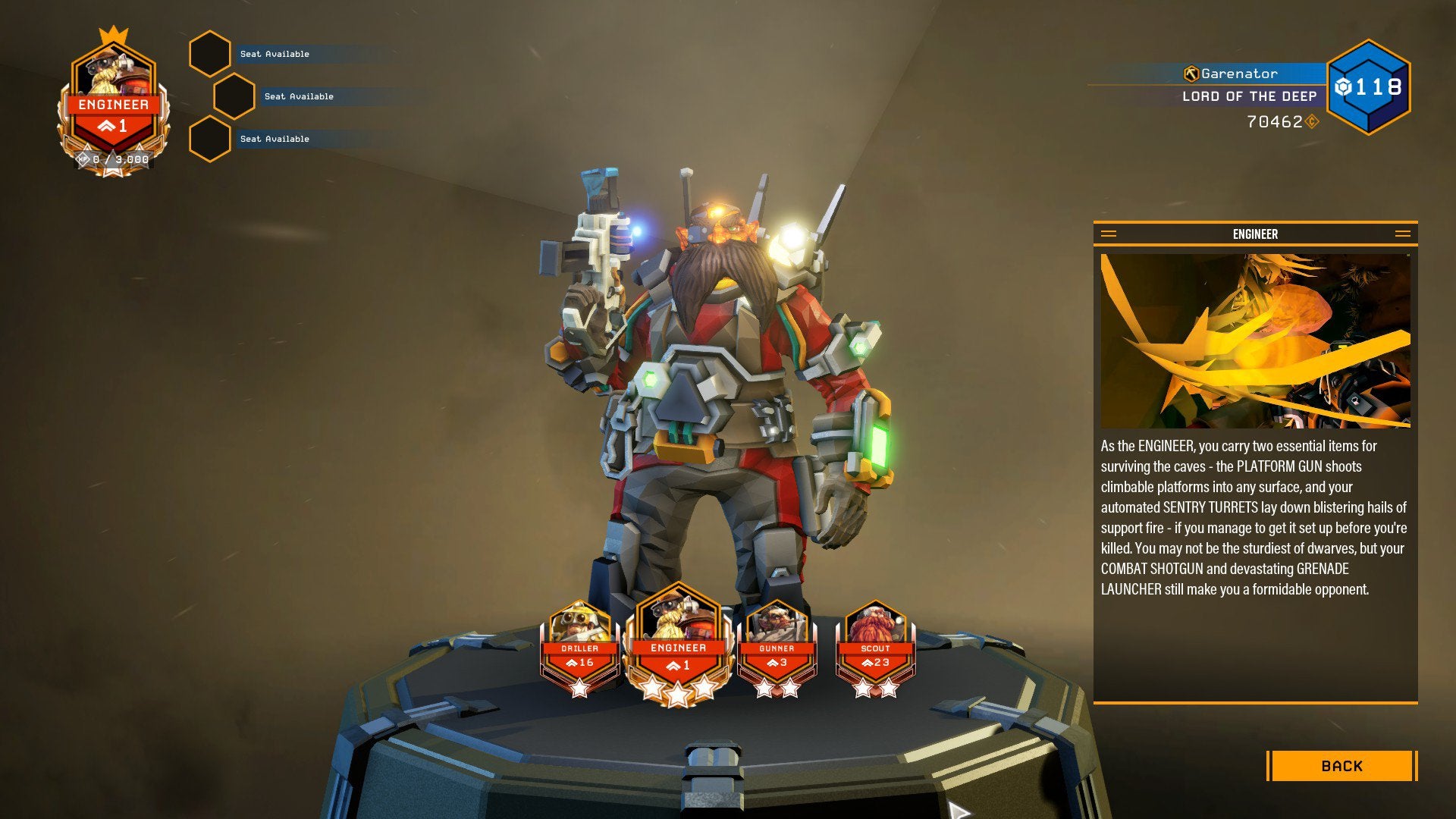 In Deep Rock Galactic you can play as an engineer. He can use sentry guns and is great at area denial. The engineer can also let you access areas that that are out of reach on the map. He uses a grenade launcher and a shotgun. In this Deep Rock Galactic guide, we are going to go over the equipment, weapons and stats of the engineer.

How To Play The Engineer In Deep Rock Galactic

As an engineer, you can use the platform gun that creates platforms on any surface. This allows you to get to places that cannot be accessed on the map. You also have the sentry turrets that provide supporting fire.

The engineer also has the combat shotgun and the grenade launcher. All things considered, the engineer is well armed but is also functional on the ground.

As the engineer, your task is to support your team using the platform gun. You can provide your team with ground to stand on. You will also assist in combat with your weapons. You should place turrets in order to protect your team.

The engineer as three different kinds of grenades which are as follows:

The following are the weapons that you can unlock using the Engineer in Deep Rock Galactic and their requirements and stats:

Tips And Tricks For Playing Engineer In Deep Rock Galactic

The Warthog is best used when close to enemies. All the pellets will hit an enemy at close range. This deals the most damage possible. The Warthog has plenty of reserve ammo and you get 90 extra shells. Miner Adjustments can increase the damage output of the Warthog but it can burn through ammo rather quickly as well.

Use the Turret Whip modification to get the most out of the turrets. Overcharged turret shots consume 10 ammo and create powerful blasts.

The grenade launcher can take out a group of enemies in a single fire. Minerals can be gathered by shooting grenades at them. You can use the grenade launchers to keep dangerous enemies away from allows or objectives.

The Stubby SMG fires very quickly. The spread of the weapon increases very quickly too and recovers slowly. Tap-fire to hit enemies from a distance. Electrocuted enemies move slowly. Upgrades can cause them to take some extra damage as well.

Use L.U.R.E when you have to retreat. This will force the enemies to attack he hologram rather than coming after you. The hologram is not going to last long especially if it is surrounded by enemies. Larger enemies are not easily fooled by the hologram.