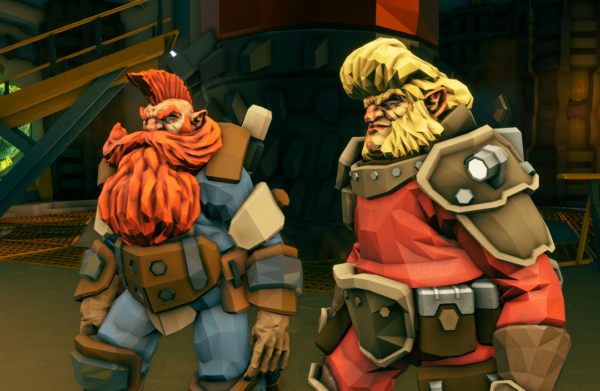 One of the Dwarves in the coop shooter Deep Rock Galactic is called the Driller. As the name suggests Driller is the resident Driller of the group. He uses his powerful drill to carve rocks whenever he wants to use his dual-wielded power drills. He is a brute and can help deal with groups of enemies when your team is overwhelmed. In this guide, we will give you all the basics to playing with the Driller in Deep Rock Galactic.

How to Play the Driller in Deep Rock Galactic

The Driller has a Titanium Powerdrill which is used to create stairways, pathways, and clear obstacles for the entire team. The Driller class can also use the CRSPR Flamethrower to burn down the enemies. The Driller comes with three grenades as well, he has explosive power and a drill which lets him carve through rocks with ease.

Driller class has unique unlockable weapons in Deep Rock Galactic. The Cyro Cannon, The Plasma Charger, and many others make the Driller an enticing option to play with. There is plenty of good things about the Driller but there are some flaws as well. The Powerdrills overheat if used constantly. Moreover, its C4 is super powerful which means it can seriously harm allies as well.

Most of the tips in this guide are regarding the best use of weapons and equipment in Deep Rock Galactic. For example, if you use the CRSPR Flamethrower on a creature long enough they will catch fire instead of just dealing fire damage. Moreover, the fire leaves lingering fire trails on the ground that deals Fire Damage. You can use the CRSPR Flamethrower to get past Spider Webs as well.

Now let’s talk about the Cryo Cannon which should be used to freeze enemies solid instead of simply using to cause direct damage. Direct damage from this weapon is very limited but freezing enemies stops them in their tracks which means you can do whatever you want to them. Cyro Cannon can be used to prevent Glyphid Exploder from exploding, just freeze it before it explodes. Meanwhile, you can stop Glyphid Paetprian from using its poison gas and stop the Glyphid Brood Nexus from spawning the Glyphid Spawns. Put the Vampire perk on the Cyro Cannon to get some HP to restore by breaking the frozen enemies with the pickaxe.

You can also use the Experimental Plasma Charger to burn the Spider Webs it must be shot right at the top. Another great tip is to remember that Two Satchel Charges are often enough brought down the Dreadnought’s Shell. But this can deal a lot of damage to teammates as well so use wisely and accordingly.