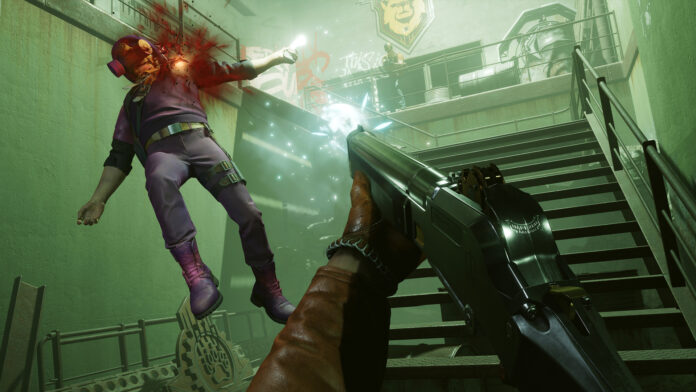 Your journey in Deathloop starts with The Longest Day which is Colt’s Prologue. The mission is pretty simple and serves as an introduction to many of the game’s mechanics. In this guide, you will get a complete walkthrough of The Longest Day mission of Deathloop.

After the cutscene with Julianna, you wake up at the beech on Manor Cliffs. This location is where you return every time you die in the game. At a distance, you will see a bunker which is where you need to go.

On the beech and the bunker, you will learn the basics of character movements and also get the LIMP-10 pistol.

Enter the bunker and head downstairs where you’ll come across a map of the island. There is also a note on Visionaries on the map. Visionaries are the main targets in Deathloop so the end game is to kill all of them.

Next to the map, you will also find a trinket. These are items that give your character special bonuses to stats or new abilities.

Note: Trinkets can only be placed in active slots in between missions.

As you move forward, you will come across a blocked passage. Use your weapon or melee attack to break through the boards. Move through the water and climb to new shelves. Use the long jump to reach the broken balcony.

Note: Water causes damage to Colt. He can actually drown in deep waters.

You’ll get a small tutorial for the sneaking mechanics and get a machete for executing enemies. You can sneak behind enemies and use the machete to execute them.

You will now meet multiple enemies in the next area so you can test the tagging system of the game. It allows you to track them as they move around the map and get information about their equipment.

It is generally a good idea to disable the scout’s walkie-talkie to stop him from alerting others if you’re spotted. You need the Hackmajig tool to disable walkie-talkies, turrets. doors, and more.

You can use stealth assassinations to kill enemies or attack them openly if you have disabled the scout’s communications. There are a handful of Fiz-Pop bottles in this area you can use to heal yourself if you take damage.

Move toward the big residence that you can enter by hacking the antenna above the entrance to remove the blinds. You explore the area if you want to find a healing station on the ground floor. However, Fiz-Pop is a much better way to heal yourself.

Now head upstairs and find the room with a lever. Pull it to trigger a cutscene. After the cutscene jump through the window to kill yourself and restart the loop.

You wake up on the beech again, go through the bunker and reach the location where you found the hacking tool. This time Colt will take a closer look a the postcard to get the combination. The puzzle combinations are randomly generated for most puzzles so you need to pay attention to things.

Now go to the locked door you couldn’t open before and use the combination from the postcard to open it.

In the new area of the bunker you will find another trinket and Strelak Sapper Charge you can use to create charges, grenades, and booby traps. Your stock will be refilled after you complete each location in Deathloop.

In the same new bunker area, you will find Reprise Power that lets you respawn two times per mission. You will then get to know about the preparation menu for your next mission which is another tutorial section of the game.

After the tutorial is done you need to leave for Updaam district in the morning. It is located on Blackreaf Island.

The game starts properly from this point. Follow the mission marker to continue the prologue or explore the area to familiarize yourself.

If you follow the marker you will reach an apartment building and you need to head up the roof where you will come across multiple enemies. Use stealth kills to get rid of them and locate the open window to enter the apartment.

Now you need to visit a separate district of Blackreef Island to find the Loop Control. Once again follow the marker to reach the canals where you need to interact with one of the gates and use the same code from the postcard earlier to open the door.

Depart to The Complex district where you can choose to explore the area or continue the main mission objectives. The Loop Control center is near the bunker and when you get to the location, you should hack the sensors in the area.

Take care of enemies or sneak past them and enter the door under the hacked sensor camera. Stairs will take you to the Loop Control Center where multiple enemies are waiting. Deal with the enemies and locate the lever to the projector.

The projector battery will run out so now you need to find a way to charge them. Pick the empty battery and take it to the charging station in the Loop Control Center. Wait for it to charge and then take it back to the projector.

Go to the end of the pier to find the AEON Security Office. Again, you can kill or sneak past enemies in this area. Keep an eye out for mines and traps in the area; hack them with your Hackamajig.

Enter the security office and find the note to get the security code. With the code in hand, you can explore the area or head back to the Updaam District.

Depart to Updaam and enter Colt’s apartment once again. The safe in the middle of the apartment is looted now and a message is left behind by Julianna, listen to the radio message.

At this point, Julianna’s Invasion is likely to happen. Julianna is either controlled by an AI or a player. You can choose to fight her or avoid the battle. The latter is hard to do but it’s up to you. She will attack at different times of the day and if you manage to defeat her, you get a random power slab.

Whatever you do with the fight, you need to unlock access to the tunnels. Hack the antenna on the roof to open the tunnels.

When you come back to the tunnel a new day will start and you will lose everything such as slabs and tickets, as well as weapons. You will wake up on the beech again and go through the whole process again of getting your equipment back but you already know the door combinations.

Get back to the apartment with the safe which is not looted this time around. Use the code you got from the security office to open it. Inside the safe, there is an LPP document that gives you the identity and locations of your 8 primary targets. This ends the prologue and you can now start the next section of Deathloop.