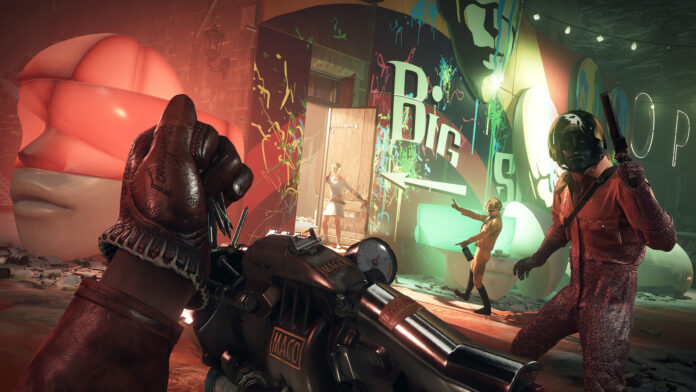 Deathloop is a first-person rouge-like which gives players the freedom to play according to their style. There are a lot of mysteries in the game and the Mysterious Door in Updaam is one of them. This Deathloop guide will help players with how to open the Mysterious door in Updaam.

How To Open The Mysterious Door

The mysterious door is part of the game’s main story and the only lead mentions a microphone and “Karaoke?”. This door is part of the Radio Silence quest which revolves around Julianna. Before we start with how to open the Mysterious Door, note that players won’t be able to do it until much later in the game.

To open the door, players need a password that Colt will speak into the microphone and the door will lead players to another door that requires three passwords to open. To find the password, players have to continue with the main story and complete a questline in which Colt starts generators and reroutes power to three different parts of the Blackreef.

In each region, players will find a door with RAK on the front. Players will find the three passwords required, one behind each door. Once players have the passwords, the game itself will guide players on what to do next with quest markers.

That is all for our Deathloop guide on how to open the Mysterious Door in Updaam. For more on the game, also see How to Find and Kill Alexis The Wolf Dorsey and Space Invader Visionary Lead Walkthrough Guide.