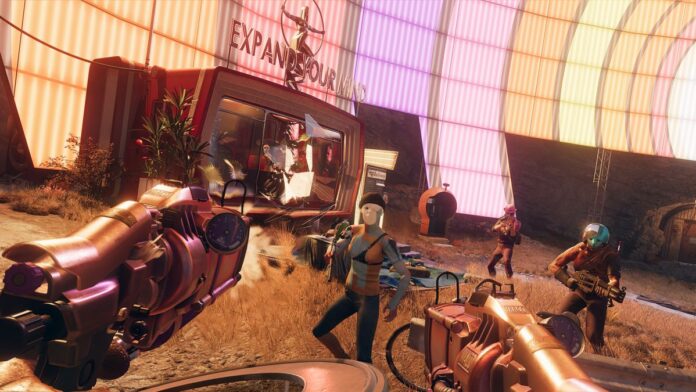 Deathloop is the latest game from developer Arkane released for PlayStation 5 and PC. Due to being a timed exclusive for PS5, the game fully utilizes Dualsense and other features and overall it’s an optimized game. However, the Deathloop PC version is facing errors and issues like error 0xC0000005 (Access Violation), error 0xC0000001D (Illegal Instruction), in-game crash, audio stuttering, crash at startup, and more. Here I have compiled a list of errors and issues that PC players are experiencing with the game along with their possible fixes and workarounds like how to fix error 0xC0000005, how to fix error 0xC0000001D, and more.

The game is the latest from the respectable Arkane Studios who are known for its elaborate level design that gives players the freedom to approach the objective according to their play style. Deathloop is no different in this regard and allows players to complete the objective the way they want to but this time, they have included rogue-like elements.

The game is developed using Arkane’s own Void Engine and the PC version is well-optimized. However, PC players are reporting errors and issues with Deathloop like error 0xC0000005 (Access Violation), error 0xC0000001D (Illegal Instruction), in-game crash, audio stuttering, crash at startup, and more.

The following are the errors and issues that PC players are experiencing along with their possible fixes and workarounds.

PC players are reporting that they are unable to play the game as they are experiencing the Deathloop Error 0xC0000005 (Access Violation) error. The following is the full error message and here is how to fix the Error 0xC0000005.

One reason why the Error 0xC0000005 is popping up is due to Ray Tracing. Disable ray tracing and the game will stop crashing with error 0xC0000005. However, if you are experiencing the error with the crash at launch. Open GeForce Experience, install it if you haven’t, select Deathloop and select optimal settings. Hopefully, it’ll disable Ray Tracing and the game won’t crash anymore.

If the above fix didn’t work, then try to validate game files from Steam. Right-click Deathloop in Steam > Properties > Local Files > Verify integrity of game files. Chances are, you are missing a file and it’ll download it for you. The error will be fixed.

Another reason for the Deathloop Error 0xC0000005 (Access Violation) is the use of RTSS (rivatuner), which is installed with MSI Afterburner, try to disable or uninstall it and the Error 0xC0000005 will be fixed. Also, disable Steam in-game overlay and Geforce Experience overlay.

Deathloop requires the latest build of Windows 10 to work. Chances are you haven’t updated your OS and the game needs at least Windows 10 May 2021 Update to work. Install the May 2021 update and Deathloop will launch and won’t crash with Error 0xC0000005 (Access Violation).

Another fix for the Error 0xC0000005 is to open the command prompt (CMD) and run it as administrator. Type sfc /scannow and press enter. Let the scan complete and the error will get fixed.

This is another error that PC players are experiencing with Deathloop. This particular error is occurring for players who have installed RivaTuner Statistics Server. Open it and under “Application Detection Level” select Medium. Launch Deathloop and Error 0xC0000001D (Illegal Instruction) will be fixed.

Performance issues are a common occurrence in PC video games and Deathloop is no exception. PC players are reporting low FPS and stuttering issues with the game and here is how to fix them and get 60 FPS. First, install the latest GPU driver and do a clean installation.

If your system has both integrated and dedicated GPU, the game could be running on the iGPU by default and causing performance issues. Go to the game’s menu and make sure Deathloop is using the dedicated GPU.

Apply these settings and players will notice a significant improvement to the game’s performance and stuttering will be fixed.

How To Get 60 FPS
However, if you want to squeeze more FPS out of the game, then use the in-game “AMD FidelityFX Super Resolution” option. Enabling it will render the game at a lower resolution and then upscale it to your native resolution. While the upscaled image isn’t as crisp as the native one but, you’ll barely notice the difference until you do a side-by-side comparison. Go to the options > Visuals > Upscaling > select AMD FidelityFX Super Resolution and apply changes.

Below the Upsaling option, is the “AMD FSR Mode”. Here players have the option to prioritize quality or performance or keep it balanced. Choose whichever suits you the best. This will really boost Deathloop’s FPS on your PC.

Deathloop PC players are reporting that the game is crashing at launch or not starting at all. Here is how to fix the Deathloop crash at launch issue.

The game requires Windows 10 64-bit with the May 2021 update installed. If you are using another OS or 32-bit Win 10 or an old version of Win 10, then you need to upgrade/update your OS to at least May 2021 Update and it’ll launch without any crash.

In case RivaTuner Statistics Server is installed on your PC, set the Application Detection Level to Medium. Disable “Resizable Bar” support if you have an Nvidia GPU. If you have VRR or Gsync enabled, disable it. These tweaks will get Deathloop to launch.

Your anti-virus/Windows Defender is probably blocking important game files and causing Deathloop to crash at launch. Either disable real-time protection or exclude the game’s folder from the anti-virus and I recommend the latter. After that, verify game files from Steam, launch the game and it won’t crash.

PC players are reporting that Deathloop’s audio cuts or stutters randomly. One reason for this audio issue is you have a controller or any peripheral plugged that is causing the random audio cuts.

Crashing in-game often occurs in PC games and Deathloop is no different. PC Players are reporting that the game is crashing randomly. Players using third-party software like RivaTuner Statistics Server or RGB Software are often the ones facing this issue. Disable any third-party software you have installed and the game won’t crash. Also, disable Steam in-game overlay and Geforce Experience overlay.

Your GPU is probably the culprit why Deathloop is crashing. First, update or reinstall GPU drivers and make sure to do a clean installation.

If your GPU is overclocked, revert it to its default GPU clock. In case the GPU isn’t overclocked, use MSI Afterburner and reduce the GPU clock by 100 MHz or lower the graphics settings. Alternatively, players can try capping the game’s max FPS as it reduces GPU and CPU load and keeps the game from crashing.