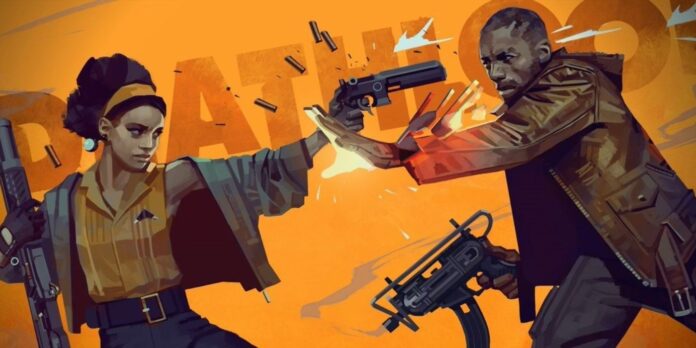 Note that this is an endings guide, so there are spoilers regarding what players are going to experience. If you do not want to spoil the game for yourself then you should not read any further. You have been warned!

You will have killed Harriett, Frank, Charlie, Fia, Egor, Aleksis, and Wenjie and Julianna is the only one that remains alive. With the others dead, you will be able to head to he Rakyetoplan in the RAK bunker in Updaam. Julianna will talk with Colt regarding why he wants to destroy the loop. Julianna then tells Colt that he is a Visionary as well and that he will need to kill himself in order to get rid of the loop for good.

Julianna offers Colt a special pistol and picks up one for herself. She will count to three and then both of them will fire in order to end the loop. The choice for the player here is whether or not to fire.

What Happens If You Fire? (Normal Ending)

If you choose to fire, then Juliana will be shot. She never wanted to kill Colt. Colt will talk to himself regarding how this was the best route to take in order to break the loop, which was the mission from the start. Colt will then sit on a chair and proceed to kill himself.

What Happens If You Do Not Fire? (True Ending)

Colt and Juliana look at each other for a second before lowers both of their guns. Both of them discuss how much fun they could have on the island. Colt then decides not to end the loop. Colt then wakes up on a beach just like in the previous instances but this time Juliana is with him.

After the credits, there is a small scene that you should check out as well.

When Is The Point Of No Return?

When you head into the final area of the game, there is a checkpoint. As long as you do not sit in the chair (normal ending), you can exit the game and then come back if you want to change your mind regarding the decision that you made. For the true ending, you can reset the game at any point before the credits roll.

These are the different endings of Deathloop. If you are interested in learning more then you can check out our guide on how you can unlock and use hacks in the game. Also, check out our Deathloop guides hub for more content.