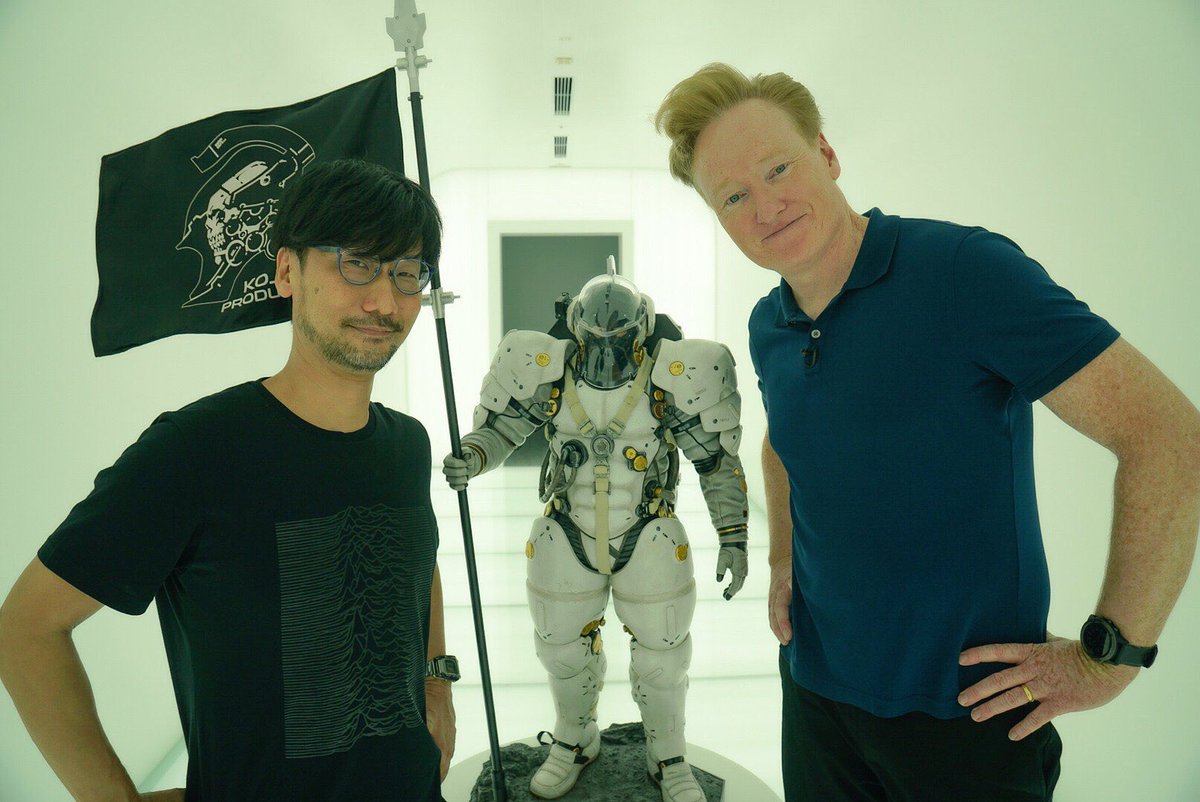 All The Celebrity Cameos In Death Stranding

You might not know much about Daichi because of his influence mostly in Japan. Daichi Miura is one of the well-known singer/songwriter. He is popular for his work mostly for performing “Blizzard” for the Japanese anime movie Dragon Ball Super: Broly. This musician can be found southwest of the Distribution Centre in the Capital Knot City area. Try to raise your communication level with him as much as you can for future benefits.

Geoff is a former journalist and has hosted The Game Awards a few times. Geoff who is the Ludens Fan in Death Stranding can be found west of the Distribution Centre in the Capital Knot City. Connecting Geoff into the Choral network isn’t part of the main story so even if you don’t do it everything will be fine.

Hermen Hulst who you have probably heard of is the new Head of PlayStation Worldwide Studious and was the boss of the Guerrilla Games known for their games such as the Killzone franchise and Horizon: Zero Dawn. Hermen also is known as the “Craftsman” can be found southwest of Lake Knot City near a prepped shelter.

Edgar Wright is a popular film director most commonly known for Baby Driver and Shaun of the Dead. Edgar who is known as “Thomas” in Death Stranding can be found to the south of Lake Knot City. Thomas is in charge of the distribution center there.

Errolson Hugh is a famous fashion designer behind the famous clothing brand Acronym. Hideo Kojima considered him as a cool guy so you know this guy is important. Errolson Hugh known as Alex Weatherstone can be found at the Weather Station, where he appears as UCA medic.

Jordan Vogt-Roberts is another film director known for directing Kong: Skull Island. He is a movie director in Death Stranding and can be found southeast of Distribution Centre which is south of Lake Knot City.

Hirokazu uses to be the editor-in-chief of Famitsu which is a popular magazine in Japan about games. He is now the CEO of Kadokawa Future and Enterbrain. Hirokazu known as the “Collector” can be found south of the Distribution Centre which is south of Lake Knot City. You will need a ladder to reach his shelter.

Does Conan even need an introduction? Conan is one of the most popular talk show hosts in America. The start of Clueless Gamer by him has led him towards the gaming community and thus Hideo Kojima. Conan is known as the “Wandering MC” and can be found in episode 3 during the side delivery to a cosplayer. Interacting with him will give you the item “Sea Otter Hood” which is very useful in crossing water bodies.

Sam Lake is a well-known writer who works at Remedy Entertainment which is known for the May Payne series, Control and Alan Wake. Sam Lake is the face of the main protagonist in Max Payne. You can find him in episode 3 northwest of the Time all Farm.

If you are into mangas then you definitely know who Mr. Jinni is. Itou Junji is one of the greatest horror manga writers who is known for his masterpiece Uzumaki. Many other manga artists and writers are inspired by Mr. Junji. Itou Junji was even working with Kojima in Silent Hills before it got canceled. He can be found in the Central Region and is known as the “Engineer”.

Asad Qizilbash is the head of PlayStation Production. He can be found at the Waystation north of Mountain Knot City. He is a UCA member known as Charles Khan.

Manabu Makime is a well-known novelist in Japan. He is known for many books and most of them have been adapted to movies etc. He can be found on the south side of the map near the Distribution Centre.

Yet another film director who is known for his film “Hansel & Gretel: Witch Hunters”. Tommy Workplace can be found in the Distribution Centre north of Mountain Knot City. He is a medic there known as Phillip.