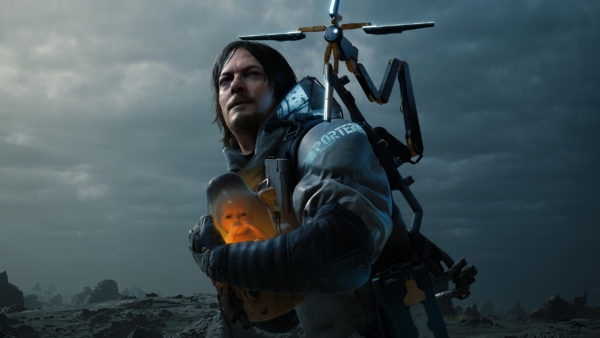 Death Stranding is a beautiful-looking game on the PlayStation 4. With the launch of the PC version, the game looks even better. The game is well-optimized and takes full advantage of the DLSS (Deep Learning Super Sampling) on RTX GPUs.

Despite that, Death Stranding PC faces errors like Access Violation (C0000005h), crash at launch, DirectX 12 error, no audio, and more. The following are the errors and issues players are experiencing with the game, along with their fixes and workarounds.

Access Violation is another error that Death Stranding players are experiencing. The following is the full error.

To fix the “Access Violation (C0000005h)” error, update your GPU driver and verify game files. If this doesn’t work, disable DLSS from the graphic menu, and the error will be fixed. If the error persists, then follow this link for other fixes.

This error can also occur if you don’t have updated DirectX files. Since the game required DX 12 to run, update it.

In case the “Access Violation (C0000005h)” error is popping at launch. Go to the Device Manager and delete Realtek Sound Device. Rescan to add it again. This will fix the error.

PC players have also reported experiencing a “DX12-ErrorCode: 0x887a0005” error. Update your GPU drivers to the latest version and also update DirectX. This will fix the DirectX 12 error.

Another workaround for the “DX12-ErrorCode: 0x887a0005” is to launch the game and load it up in Windowed mode on a lower resolution. Once the game is loaded, go to the settings and switch to your native resolution and Fullscreen mode. The error won’t bother you again.

Many Death Stranding PC players are reporting that they cannot play the game as it either crashes at startup or doesn’t launch at all.

If the game is still not launching, go to the install folder and launch the game directly from the exe file. Chances are you’ll get an error similar to “vcruntime140_1.dll is Missing or Not Found”. This can be fixed by updating Microsoft Visual C++ Redistributable.

Your anti-virus/Windows Defender might be blocking the game from launching. Either disable the anti-virus or exclude the game’s folder from it. After that, verify game files, and the game should work.

Also, using third-party monitoring software like MSI Afterburner can sometimes cause the game to crash at launch. If you use any third-party utility, just disable it, and the issue will be resolved.

The game requires Windows 10 to run on a PC; however, if the game is crashing or not launching, chances are the OS isn’t updated. Update the OS to fix the game not launching issue.

If all else fails, you might need to do a fresh install of Windows 10. Then install the latest GPU drivers, and the issue will be fixed.

Players report that they manage to run the game, but they are experiencing a weird graphical bug. This can be fixed by installing the latest or Game Ready GPU Driver.

For the “Error initializing rendering configuration” error, the game requires DirectX 12 to run. However, the game requires Windows 10 to be updated to version 2004 for DX12 Ultimate support. Update your OS and GPU drivers, and the error will be fixed.

Death Stranding players are experiencing an issue when the game doesn’t seem to switch to the dedicated GPU and runs on the integrated GPU. First, update your GPU drivers, as old driver versions create this problem.

For AMD GPU, open Radeon Settings > Preferences > Additional Settings > Power > Switchable Graphics Application Settings. Select the game and select the “High-Performance profile” to the game under Graphics Settings. This will fix the game running on the integrated GPU issue.

Death Stranding players are experiencing the issue where the cutscene audio is desynced. Vertical sync might be causing the issue; worry not; there is a possible fix without disabling V.sync.

According to players, either they don’t get any sound in Death Stranding, or the audio is very low. That might be the issue if you are using a sound interface for any of your headphones or speakers. Just switch to onboard audio, and the no-audio issue will be resolved.

This is an error that either isn’t allowing PC users to download Death Stranding or update the game. Here are the fixes.

Performance is a common issue with PC video games, and Death Stranding is no exception despite being well-optimized. Players are reporting stuttering and low FPS issues with the game.

First, install the latest GPU drivers and make sure no background process uses too much HDD, CPU, or GPU.

If you have an RTX GPU, then make sure to enable DLSS. This is designed to significantly boost performance without compromising image quality and graphics settings.

As for those who don’t own an RTN GPU, disable in-game vertical sync. Close the game and open Nvidia Control Panel > Manage 3D Settings > Program Settings > select the game. Make the following changes.

Apply these changes, and the performance issue will be fixed. If the game is still stuttering, follow the steps above but set Vertical Syn to “Fast.” Apply the change and launch the game. This will fix the stuttering and low FPS issue with Death Stranding.

That is all for our Death Stranding fixes for errors like Access Violation (C0000005h), DirectX 12 error, the game not launching, performance issues, and more. If you are facing errors and issues with other PC games or your PC, then also see our hub for commonly occurring PC errors and their fixes.