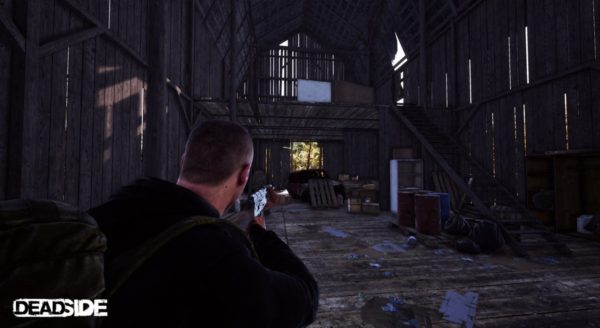 Deadside PC is facing errors like DirectX Runtime missing, Fatal Error, black screen, the game not launching, and more. Here I have compiled a list of errors and issues with the game along with their fixes and workaround.

Deadside is a multiplayer action shooter currently in Steam Early Access. Obviously, the game is still in development and Deadside PC players are reporting errors like DirectX Runtime missing, crash at launch, blacks screen, and more.

The following are the errors and issues with the game that players are experiencing along with their fixes and workarounds.

Players are reporting that when they launch Deadside they get the following error.

“The following component(s) are required to run this program:
DirectX Runtime”

This is a tricky error since in some cases if you download the DirectX setup, the setup won’t run. There are a couple of fixes for this error.

The first fix for this Deadside DirectX Runtime is that you need to navigate to “C:\Windows”. There are two folders here: “System32” and “SysWOW64”. Open both folders and delete the “he xinput1_1”, “xinput1_2″, and xinput1_3” files. Now launch the DirectX setup and it’ll install the missing components. Once the setup is complete, launch Deadside and it’ll work without the error.

If the above fix didn’t work for you or you are one of those unfortunate players who can’t run the DirectX setup, then this fix is for you. Also, this is for Windows 10 users. Go to Start > Setting > Apps > click on “Program and Features”, which is located to the right.

A new window will one and you will click on “Turn Windows Features On or Off”. Uncheck any .Net components and restart your PC. After restarting, check the .NET components that you disabled earlier. Now run the DirectX setup, it’ll work and the error will be fixed.

Fatal Error is a common error for PC video games and apparently, Deadside is no exception. Players are reporting that when they launch the game they get the following error.

This Deadside Fatal Error might be related to the OS. Chances are you haven’t updated your OS. For Windows 7 users, download and install this update and the issue will be resolved. If the Fatal Error is still persisting then installing the update KB3080149 will fix the error.

Players are reporting that when they launch the game, the game either crashes at launch or doesn’t[t launch at all. Here are a few fixes that’ll help you resolve the issue.

One reason for Deadside to not launch or crash at launch could be the anti-virus software or Windows Defender detecting the game as a Trojan or the Firewall blocking the game.

You can fix this by either disabling your anti-virus or excluding the game’s install folder from the anti-virus. Then verify game files, launch the game and the game will launch without any issue.

The game not having administrative rights is another potential reason for the game to crash at launch. Right-click on the game’s exe > properties > Compatibility tab > check “Run this program as administrator”. Apply the change, launch the game and it’ll be working just fine.

Use of third-party monitoring software like MSI Afterburner or GeForce Experience can cause the game to crash at startup. Disable or uninstall these third-party tools and the issue will be resolved.

Also, outdated OS can cause Deadside to crash at startup. Update your OS and the issue should resolve.

Black Screen is a common issue with PC video games and Deadside is no exception. According to players, when they launch the game, they get a black screen while they can hear the audio in the background.

Now go to the video settings and set the proper resolution to be able to play the game in Fullscreen.

Performance issues can common in OC video games and Deadside players are reporting random FPS drops and stuttering while playing. Here is a workaround that might help you with these issues.

First, make sure you have the latest GPU drivers installed and there is no background process using too much of your CPU, GPU, or HDD.

Open Nvidia Control Panel > Manage 3D Settings > Program Setting. Select the game from the drop-down menu and set Vertical Sync to “On”, set “Power Management Mode” to “Prefer Maximum Performance”, and set “Texture Filtering- Quality” to “High Performance”. Launch the game and disable in-game v.sync and the stuttering will be fixed and you might get a potential FPS boost.

If the game is still stuttering then follow the steps above but set Vertical Sync to “Fast”. Start the game, disable in-game v.sync, and display mode should be set at “Fullscreen”. This will not only fix stuttering but will also give you an FPS boost if you have a decent enough CPU and GPU.