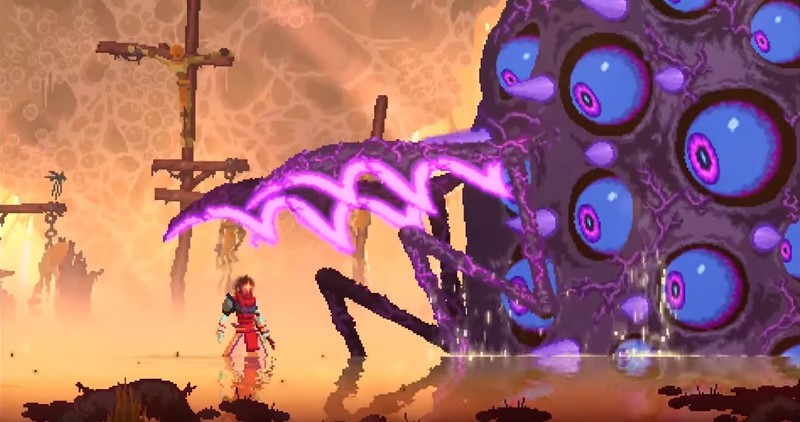 Mama Tick is the new boss introduced in the Bad Seed DLC of Dead Cells. This is a pretty gross boss and you will need to prepare for the battle. The boss battle can be tricky but in this Dead Cells guide, we are going to walk you through how you can defeat Mama Tick in the game.

Mama Tick is unlike any bug that we have seen and it can kill you if you are not ready for the fight. The boss is pretty massive but you do not need high damage in order to beat this boss. You will need to keep your cool though.

At the start of the encounter, the boss only has one attack. An exclamation mark will appear around the area from which its claws will burst from the ground. You will be able to dodge these attacks if you keep moving. The attack is relatively slow at first. You should aim for the eye and attack it. 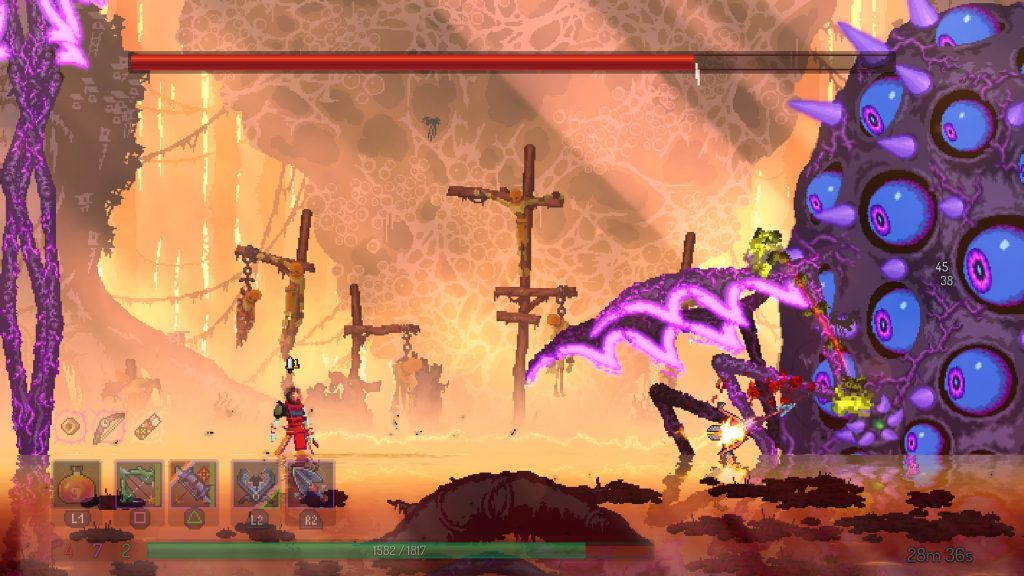 Once you have dealt enough damage, the true Mama Tick is going to appear. This is where the real fight starts. It will attack with you explosive puss pods. You can roll forward to dodge the attack. It will also try to lash at you. Simply jump to avoid this attack type. These attacks are very quick and you can try and attack to get some more air time if you need it.

Traps and ranged attacks are going to be the most effective against Dead Cells Mama Tick. You should use these whenever possible. Hokuto’s Bow is a great ability to use against this boss. You can also use other abilities that deal extra damage or critical damage. Both will help you beat this boss quickly.

The boss is also going to use ground spikes. The easiest way to avoid this attack it to get into a corner and stay there until the attack is over. This is how you can beat Mama Tick.