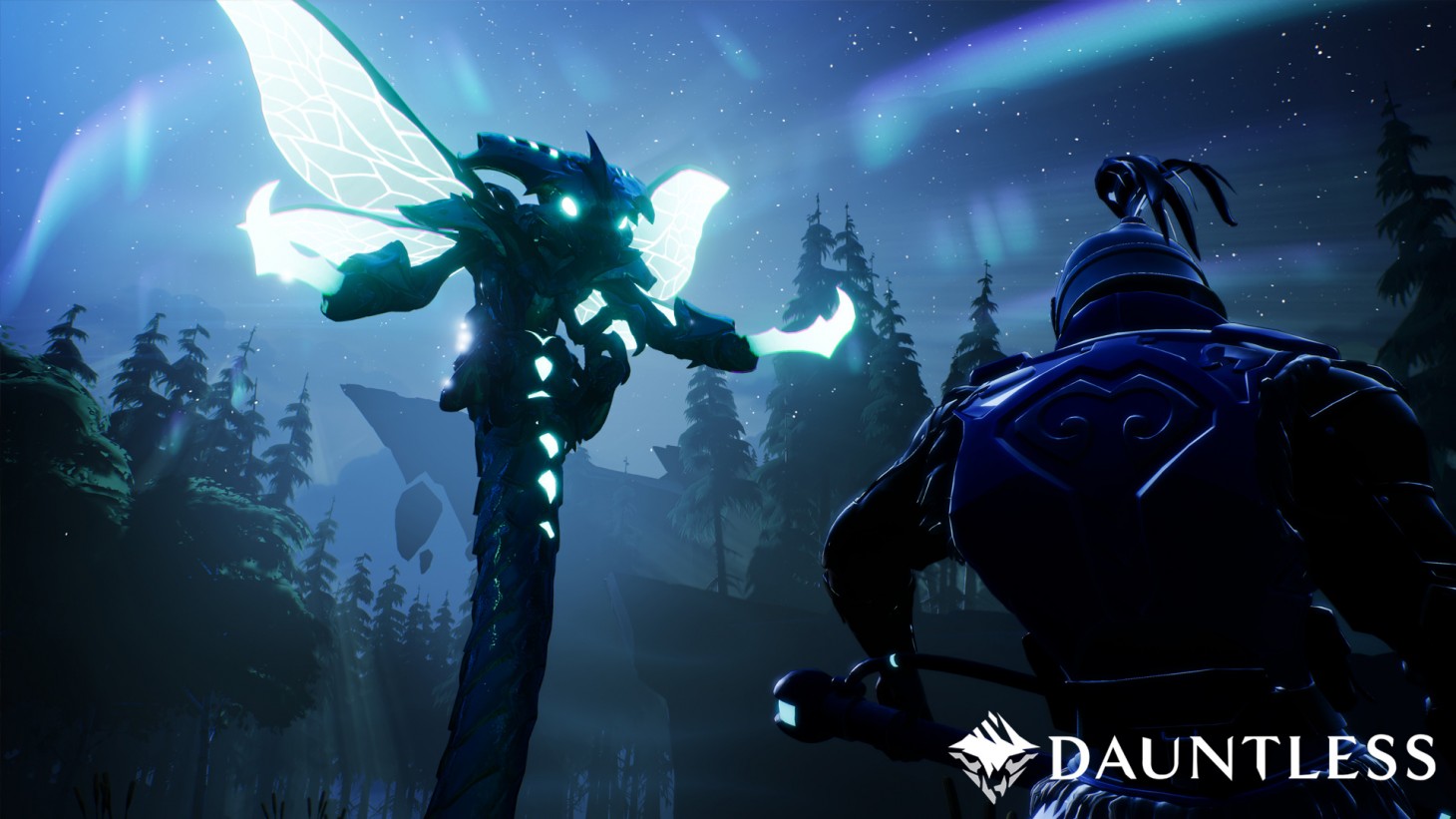 Dauntless is a monster hunting game similar to the Monster Hunter series. It free-to-play and you can team up with three other players in order to take down giant monsters. The game is similar to Monster Hunter and if you have already played those games then Dauntless is going to be very familiar. You will notice that the graphics are a bit different and that is because Dauntless has an art style of its own. Here is our review of Dauntless.

Dauntless is a fun game to play with your friends and while the graphics are not super realistic, it has a style of its own. This might seem new at first but you will grow used to it with the passage of time. This also means that Dauntless is not as graphically demanding as similar titles such as Monter Hunter World. I would say that if you shred Monster Hunter down to its core components then what you get is similar to Dauntless.

Monster slaying is pretty much all that you are going to do in the game. You can slay monsters, get crafting materials for them to improve your gear and get back to hunting more monsters. The crafting materials that you get depend on the monsters that you kill. In order to craft fire type gear, you will need to kill fire type monsters. Fire weapons and gear will help you take down ice monsters. The type of gear you have also increases your resistance to a certain element. Ice gear will help you fare better when up against an ice monster.

Using certain weapons and gear will increase your mastery level which will help you get better gear and weapons. This is a great system and will keep you from spending actual money when playing Dauntless. Dauntless has 6 weapon types which are unique in their own way and feel powerful then you use them. The sword is a balanced weapon which I can recommend if you are new to the game. These weapons can be changed and upgraded as you progress through the game. Hammers are the slowest weapons in the game but they do deal a lot of damage.

The monsters in this game are not out of the world like those in God Eater but they are well designed and unique to look at. Dodging is a major aspect of the game and you need to time these right in order to defeat monsters. The game is a bit forgiving in the beginning but as you progress monsters are going to get harder and harder. Taking them down is not going to be as easy as it used when you first loaded the game.

The game supports cross-play so you can play with Xbox One, PS4 or PC users. Character creation is not the most detailed in the world but it does get the job done. Gear customization is impressive and you will hardly ever see two characters that look the same. A monster encounter lasts less than 10 minutes and you can head back and customize your gear and check out the rewards that you got.

Dauntless is a fun game to play with friends and it is free-to-play right now. The mechanics are similar to Monster Hunter but it is a much simpler game which removes most of the friction and makes things a lot faster and smoother. If you do not like the complexity of Monster Hunter then Dauntless is worth checking out.