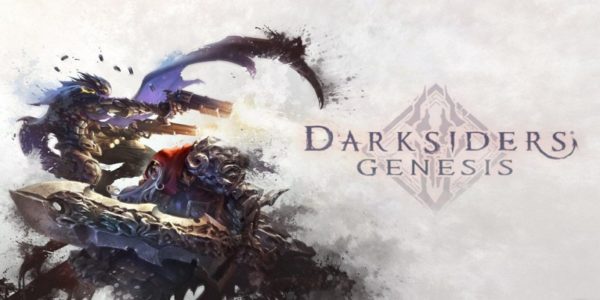 Darksiders Genesis PC is facing errors and issues like Unreal Engine Crash, random crashes, no audio, low FPS, stuttering and more. Here I have compiled a list of errors and issues for the game along with their fixes and workarounds.

Darksiders Genesis is the latest entry in the Darksiders franchise. While being a prequel and having a change in perspective had many fans worried but the developers have done an excellent job.

Despite being a generally optimized game, Darksiders Genesis PC is facing errors like the crash at launch, black screen, stuttering and more.

The following are the Darksiders Genesis errors and issues along with their possible fixes and workarounds.

Check “Disable Fullscreen optimizations”, apply the change and start the game. For Windows 7 user, check the “disable display scaling on high DPI settings”. Also, updating the .NET Framework will resolve the Unreal Crash for some players.

If this doesn’t work for you, then open notepad and paste the following.

Now click on File > Save as and from “Save as type” dropdown select “All Files” and name the file as “Darksiders.reg”. Save the file on your desktop.

Go to your desktop and open the file. Click “Yes” to allow the app and then click “Yes” and then “OK”. Now start the game and Unreal Engine crash is now resolved.

Players are reporting that suddenly audio has stopped working in Darksiders Genesis. For some, it happens after they exit the game and play and for some, this has happened after they closed the game using “alt + F4”.

Another issue that PC players are facing with the game. However, this isn’t a critical one. According to gamers, the game just shows a black screen while the audio plays in the background.

Start the game and when the black screen appears, press “Alt + Enter” and the game will go into Windowed Mode. Now go to video settings, set the display to full screen and set the resolution that is native to your Display.

If you are getting the “Unreal Engine Exiting Due To D3D Device Lost” then the issue is either corrupt DirectX library or the GPU. Update DirectX and the crash issue should be resolved.

For those who are getting the Unreal Engine 4 crash while playing the game on Windows 7 then the issue is probabaly that you are missing latest updates for your OS. Download and install this update and update KB3080149 and restart your PC.

Also, using MSI Afterburner or Geforce Experience or any third-party monitoring software might be causing the Unreal Engine crash for Darksiders Genesis. Disable them and the crash issue should be resolved.

Players have reported that Darksiders Genesis crashes on startup without any error. Here are a few fixes that might help with the game not launching.

Not having administrative rights could also be the reason for the Darksiders Genesis to crash at launch. Right-click on the game’s exe > properties > compatibility tab > check “run this program as an administrator”. Apply the change and start the game.

If you are facing Darksdiers Genesis crash at launch on Windows 7 then you might be the latest update for the OS. Update your OS and the issue should be resolved.

On Windows 10, some of you might be part of the Insiders Program. Opt-out of the program and the game will be running fine.

Players are also facing random crashes while playing Darksiders Genesis. Update your Nvidia GPU drivers to version 441.41 drivers and use Fullscreen display mode instead of Borderless. The game will stop crashing randomly.

PC games have always been tricky to optimize and Darksiders Genesis is no exception. Players are reporting random FPS drops and stuttering while playing the game.

First, make sure you are using the latest GPU drivers and there is no background process using too much of your HDD or GPU.

The “Fast” option kind of emulates G.sync or Free sync. It allows GPU to render as much FPS it can without screen tearing but will only display as much FPS as much supported by your monitor.

Meaning, if the game is being rendered at 80 FPS and the monitor is 60 Hz, it’ll only display 60 FPS. While it seems like you are wasting performance and FPS but, this is almost guaranteed way to get rid of stuttering. Also, you need at least GTX 10 series GPU for Fast sync to work.

That is all for our Darksiders Genesis fixes for errors like Unreal Engine crash, stuttering, random crashes and more. For more in Darksiders Genessis, also see our Bosses Guide and Puzzle Soulutions Guide.