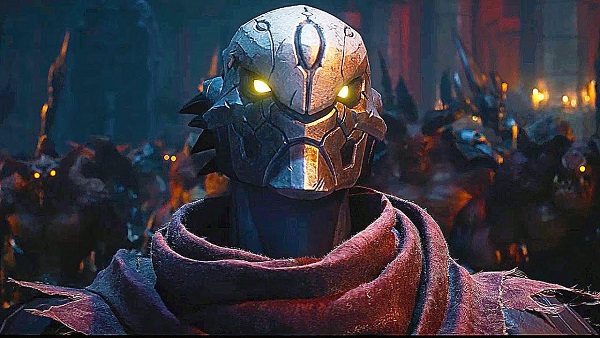 Darksiders 3 developer Gunfire Games is currently working on a “top of class AAA game.” Gunfire Games is yet to announce any specific title but says there are multiple “upcoming games” in development.

According to the studio’s official website, it is in need of an expert combat designer along with other developers for its AAA game.

It is hard to know for sure what title is Gunfire Games is referring to but Darksiders 4 is definitely not out of the question.

Hot off the heels of Darksiders 3 fans wanted to play a Strife focused game which they got in the form of Darksiders Genesis, which is a prequel to the main storyline.

Darksiders 4 it seems would rap up the story where we’ll possibly get to play as all four of the horsemen, something fans wanted for a long time. Beyond the existence of a “top of class AAA game” the job listing doesn’t give up much to go on.

What we can say for sure right now is that the title is built on Unreal Engine 4.

Gunfire Games is seeking a Combat Designer for our upcoming titles. The Combat Designer will implement compelling combat from conceptualization to implementation utilizing Unreal 4.  The ideal candidate has a strong technical understanding, a firm grasp on the fundamentals of animation and experience using state machines to hook up characters.  Required to be a self-starter, must be motivated and able to work with minimal supervision.

Darksiders 4 or whatever this game is, seems to be heavily focused on combat and narration, traits that Darksiders games are known for. But of course, this could very well be a brand new IP.

Darksiders 3 sold quite well for THQ Nordic which is likely to push the company toward Darksiders 4 instead of putting this franchise on ice yet again. Let’s see what becomes of this.