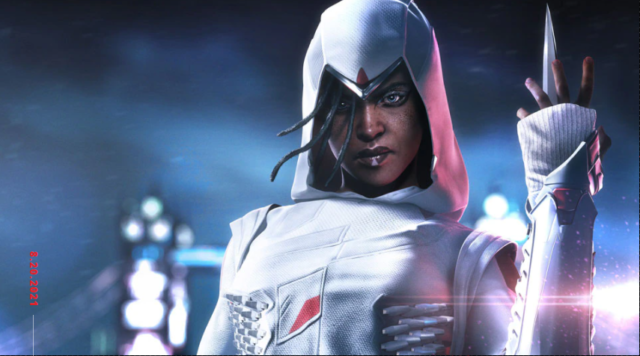 In order to get Darcy Clarkson in Watch Dogs: Legion, you need to play the new missions that have been added to the game as part of the new update. You will have to help Darcy Clarkson in beating the templars to the secret Assassin tomb. The last part of the questline is called The New Creed, and this is going to give you control of Darcy Clarkson.

If you do not have the season pass then you can only play as her during the mission but if you do have it then you will unlock the new operative once the mission is completed. As she is an assassin, that reflects in her abilities and gear. She has two hidden weapons, a standard pistol, and the other is a dart gun that makes enemies crazy. 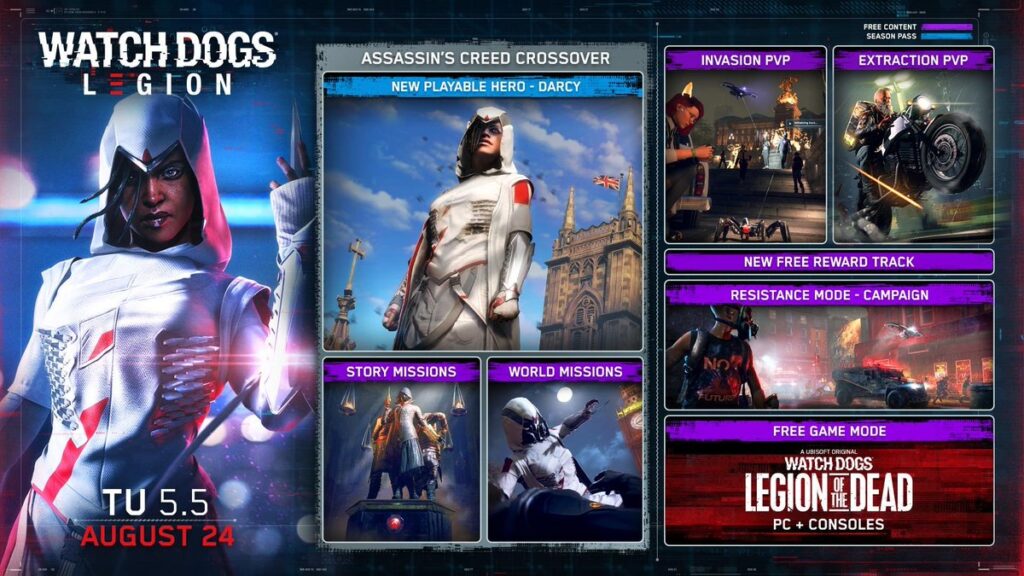 Stealth is a major part of the character and she has an AR Disguise that allows her to mask herself as a guard for a limited amount of time. She also has an Eagle Drone which is faster than the regular drone and shows items of interest in its field of view.

Her costume is similar to Ezio’s. If you are an Assassin’s Creed fan then you are going to love playing as Darcy Clarkson. According to the official Ubisoft website:

Darcy Clarkson is a member of the British Brotherhood of Assassins. Her ancestors are Jacob and Evie Frye, the main characters of Assassin’s Creed Syndicate, so she has a big legacy to live up to, and she knows it. To breathe life into her, we were lucky enough to get Hatty Preston. Hatty struck the right balance between earnest pluck and sarcastic bite that makes Darcy a fun character.