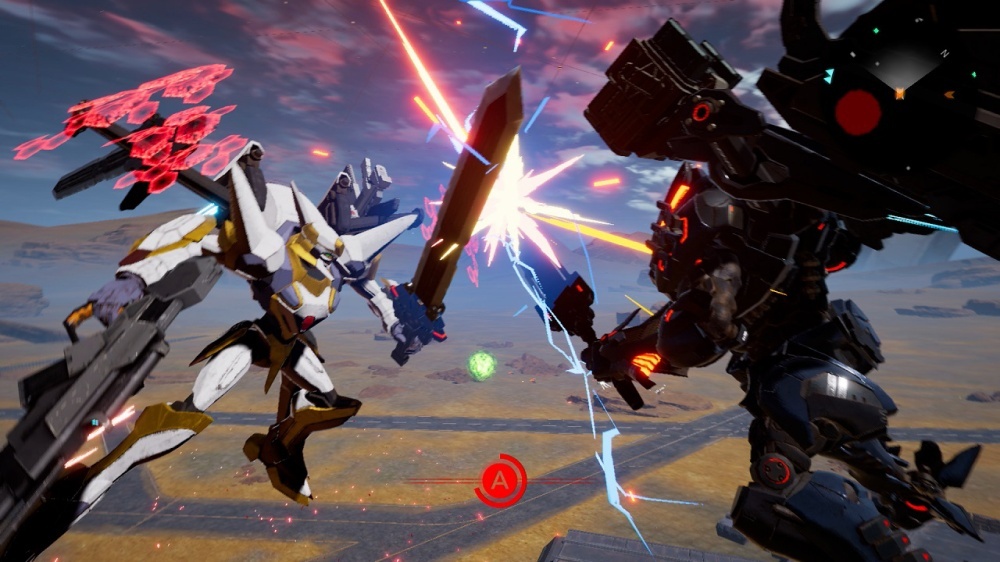 Rebellion is a unique immortal. In your first encounter with them, as they are technically two of these entities that you come across, you don’t actually get to take them down. It’s the Crimson Lord and Diablos who finish them off. You get a taste of how horrifying the colossi are at that stage. They are massive, humanoid, robot, mech forms with an enormous sword with the size of a skyscraper swinging at you. With these physical attributes, the Rebellion is admittedly a very intimidating boss to reckon with. This guide will be helping you to deal with the colossal immortal boss known as Rebellion, in Daemon X Machina.

How To Beat Rebellion In Daemon X Machina

Moving on to the details of the attacks that Rebellion can inflict the first and foremost is from his ridiculously huge sword. His weapon is extremely long range due to its size and can cause heavy damage if it hits you. However, it does have a weakness: he cannot swing it backward. So if you avoid his front it will be pretty much avoidable. But the other way that he can harm you is when you’re at a distance. As Rebellion swings the sword his main hit is quite long and also emits a beam. So you must be careful to dodge this attack even if you aren’t close to him.

Other long-range abilities that the Rebellion has consist of him pausing from time to time and firing missiles, bullets and all manner of projectiles that come out of him. There are also a ton of little guys that fly around him that come and assist him but they are pretty easy to take down. Now to accompany his gigantic sword he also has an equally big shield. If you attack him from the front, quite often he will use the sword and the shield both to block you. The shield can be destroyed if you focus it down. So if you are trying to go for Rebellion’s main power core this can be one of the best strategies to take.

Now quite often you will find that if you are up close to Rebellion’s front, a position from where his sword becomes virtually useless, he will raise either of his legs and will try to hit you. Now, this move takes him some time to prepare for and you can see him bracing for it before swinging his leg. So it is not that difficult to evade this move. You can easily boost yourself back as his legs only reach a short distance being short and stubby.

There are also other moves that he can use in other terms such as an elbow bash. He usually does that when you’re behind him and attacking one of his elbows. This move though is not performed in the standard battles but it does crop up in the Alpha and Beta fights. Another one of his moves is the Jump. 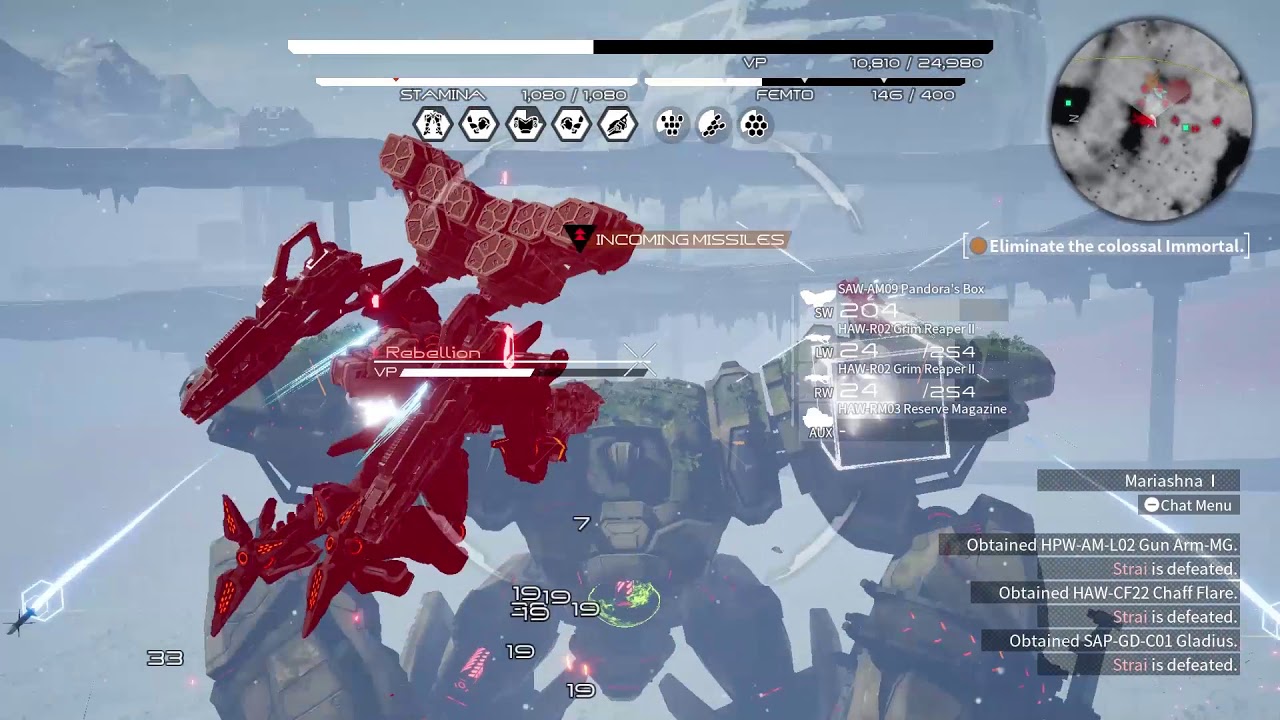 If you are at a distance from him or he wants to gain some distance from you he can occasionally leap in the air and crash down on the ground. It can cause heavy damage to you either on the floor or in the air if he lands on top of you. This is also coupled with the occasional charge which is quite long ranging an attack. But unless you are right in front of Rebellion he won’t really be able to cause you much damage.

Now coming down to the last major attack that Rebellion has in his arsenal. This last move has been seen in Beta fights but not in the standard or Alpha fights and is inflicted when you get him down to fifty percent strength. To deliver this blow he raises the sword in the air, blade pointing down, and he will crash it into the ground creating a massive shock wave surrounding you dealing a ton of damage. This move is powerful enough to hack down a third and a half of your health. So it is wise to avoid this blow as much as possible or it can leach all your strength away rather quickly.

When it comes to weak points Rebellion has four small weak points. There is one on each elbow, to reach them you need to break the armor first and then smash his power core. There are two on the knees, which you also reach the same way as the elbow ones. There is also a fifth and final one in his chest. After his armor is broken there is then an energy field around it.

In order to damage it, you need to break the field down and then blast it to oblivion. Another effective way to render him defenseless is to damage his right elbow. If you manage to destroy that he will destroy his sword and you will be able to use it against him. In order to do that you need to fly over to the fallen sword, press the interact button, and aim it carefully so you just slice into Rebellion causing him a high amount of damage.

Rebellion is an interesting boss to fight as he is not that difficult to deal with but can inflict heavy damage upon you if mistakes are made during the fight. The key to winning this fight is basically taking down his sword in the way previously mentioned as his weapon is his biggest damage dealer. He is not able to deal the final shock wave damage if he does not have access to his sword.

Something else to remember at this point is that you won’t be able to wield the fallen sword if you are using two gun arms. You can either choose to destroy him with the sword or keep attacking him with the gun arms. The best weapons to use in this fight are ones with good accuracy and a heavy rate of fire as Rebellion often stands still during a fight to perform his attacks which gives you many opportunities to focus down on the vulnerable points in his body. As long as you keep dodging his attacks and remember to target his sword arm and disarm him you will be able to win this battle.

Rebellion is unique in comparison to the other mortals when it comes to his blueprints in Daemon X Machina. He has a full armor set. Two of the armor pieces come from the standard fight, one of the pieces comes from his Alpha fight and the last two pieces come from his Beta fight. The armor set itself looks exactly like Rebellion and it has got some decent stats on it. There is only one slot in each piece though. But as it is one of the more defensive pieces of armor that you can obtain a player can use a single piece or two and it will boost up their VP and armor.

The next blueprint you can have has two versions. One is in Rebellion’s Alpha fight while the other is in the Beta fight. It is the Cronus Break which is a massive laser sword similar to your own weapon, a smaller version of it. It is an incredibly strong weapon and its pretty effective in a battle. But swinging it uses up your Femto meter so striking with this weapon is limited, It can be dual-wielded but you cannot deliver a dual swing so you will not be able to get the bonus damage of having two melee weapons. It is recommended that while wielding this you can also wield a gun in the other hand to make your attack more formidable.

That is all for our Daemon X Machina Rebellion Boss guide. If you are interested in learning more about the game then you can check out our guide on how you can beat the Dreadnought boss.