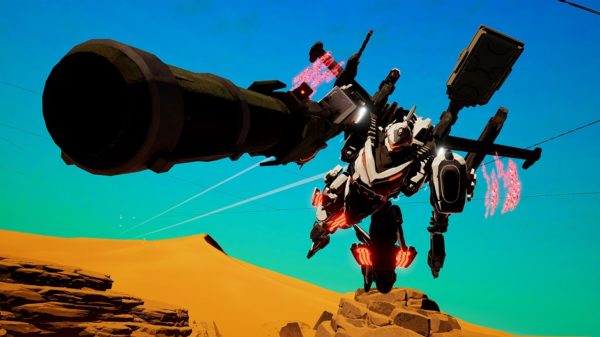 Daemon X Machina PC is facing errors like Fatal Error, D3D Device Lost, crash at startup, no audio and more. Here I have compiled a list of Daemon X Machina errors and issues along with their fixes and workarounds.

The following are the errors and issues that players are experiencing with Daemon X Machina along with their fixes and workarounds.

Players are reporting that they are experiencing Fatal Error like Low-Level Fatal Error when they boot up the game or randomly. This error has multiple reasons and here are the fixes.

The first fix for Daemon X Machina Fatal Error is quite simple. Just go to the game’s install folder and launch the game from there. It’s weird but it works.

If you are facing Fatal Error while playing the game in an AMD GPU then update your Radeon Drivers and the issue will be resolved. If you are playing Daemon X Machina in Windows 10 then also update your OS to resolve the error.

If the above fixes didn’t work for you then the issue might be your GPU, it’s either old or overclocked. If the GPU is old then it can be fixed by locking the game’s FPS. This can be done through the Nvidia Control Panel. Open Nvidia Control Panel > Manage 3D Settings > Program Settings. Select the game from the and scroll through options until you find Limit Frame Rate. However, this will only allow you to lock as low as 40 FPS. Locking the game will reduce the load on the GPU and you won’t get Fatal Error anymore.

If the locking the FPS isn’t an option for you then you can use third-party software like MSI Afterburner if you have an old GPU or your GPU is overclocked. Sometimes GPUs are factory overclocked and can often cause Fatal Error. Use MSI Afterburner to revert the GPU back to its default clock speed and memory clock. If the GPU isn’t overclocked then you are going to have to do trial and error by reducing the clock speed by 100 MHz. This will resolve the Daemon X Machina Fatal Error.

This is another error that is related to the GPU. Either the GPU is old or overclocked. Check under “Fatal Error Fix” to see how to lock the game’s FPS or revert the GPU back to its default clock speeds to fix the Daemon X Machina D3D device being lost error.

Crash At Startup, Game Not Launching

This is another issue that Daemon X Machina players are experiencing. According to players, the game just crashes when they launch the game or doesn’t even launch at all. Here are a few fixes that will resolve the issue.

The first fix you need to try is to update your GPU drivers and I would recommend doing a clean installation. After that, start the game and the issue will be resolved.

If Daemon X Machina is still crashing at launch then the issue might be your ant-virus of Windows Defender detecting the game’s exe as the Trojan virus and blocking it from starting the game. Fix it by wither disabling your anti-virus or excluding the game’s install folder. If you do the latter, then verify game files and start the game.

Now having administrative rights can also cause Daemon X Machina to crash at launch. Right-click on the game’s exe > properties > Compatibility tab > check “run this program as administrator”. Apply the change and start Daemon X Machina and it will be working fine.

This is another error that Daemon X Machina players are facing while playing. This is also related to GPU drivers. If you are using an older version of the GPU driver then just update it and the game will start working as intended.

To enable or disable Windows Sonic For Headphones, go to Settings > System > Sound > click on “Sound Control Panel” from the right. A window will open and right-click on your active audio device > properties > “Spatial Sound” tab. From the drop-down menu disable or enable Windows Sonic For headphones and you will start hearing audio in-game.

Performance is often an issue with PC games and Daemon X Machina PC is no exception. Here are a few things that will help you fix stuttering and potentially boost FPS.

Firstly, make sure you have installed the latest GPU drivers and there is no background process that is using too much of your CPU, GPU, or HDD. Open task manager to check which process if using your resources. Your normal CPU usage shouldn’t be above 10%.

Open Nvidia Control Panel > Manage 3D Settings > Program Setting. Select the game from the drop-down menu or add it if it isn’t there. Scroll through the options and make the following changes.

That is all for our Daemon X Machina fixes for errors like Fatal error, D3D Device Lost, crash at launch, Error UE4-DXM, and more. If you are facing other errors and issues with your PC and also see our hub for commonly occurring PC errors and issues.