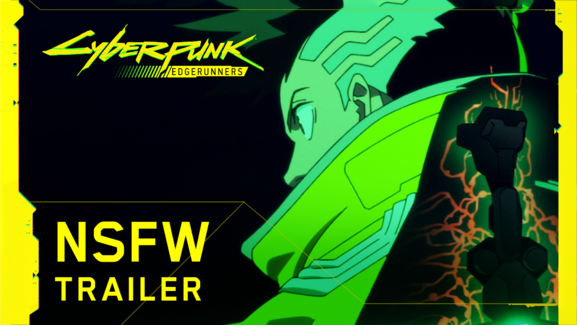 The show, created in collaboration with Studio Trigger, will debut on Netflix on September 13th. All 10 episodes of the standalone series will premiere at the same time. Alongside the announcement of the official release date comes a bloody and high-octane trailer — intended for mature audiences only.

In addition to the latest trailer, CD PROJEKT RED has also released a brand-new poster featuring one of the key characters of the series — the brilliant Lucy, a skilled netrunner and an important member of Maine’s mercenary crew. Despite her highly sought-after technical abilities, she wants nothing more than to escape Night City and her dangerous past.

Cyberpunk: Edgerunners tells the story of David Martinez, a street kid trying to survive in a technology and body modification-obsessed city of the future. In the aftermath of a personal tragedy, David decides to take control of his own destiny by becoming an edgerunner — a mercenary outlaw also known as a cyberpunk.

Let us know what you think about the Cyberpunk: Edgerunners Premiere premiere and whether or not you are interested in checking it out.