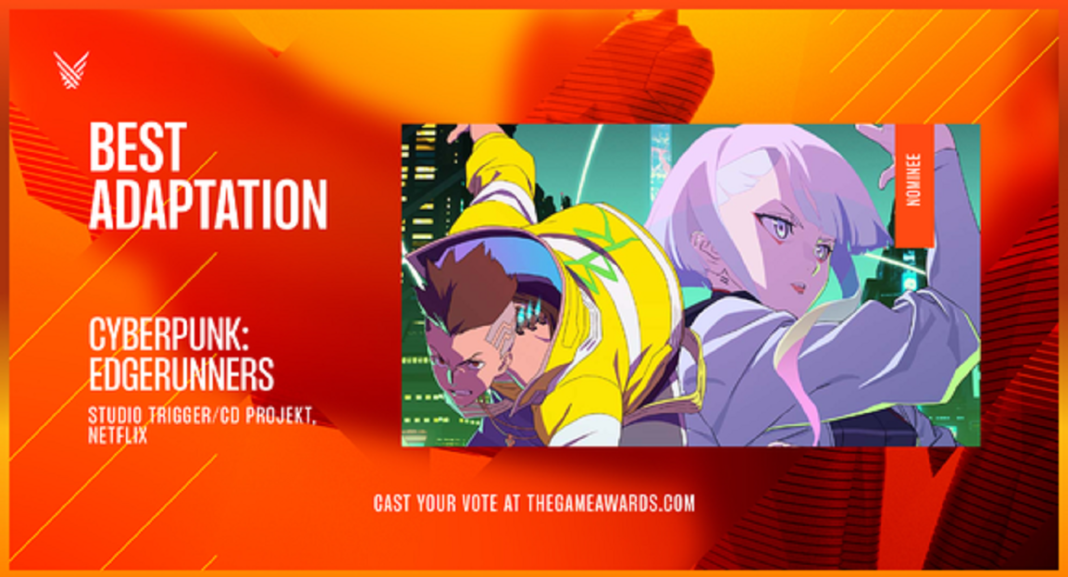 CD PROJEKT RED is proud to announce that the studio’s first-ever anime series Cyberpunk: Edgerunners has been nominated in the “Best Adaptation” category for The Game Awards 2022.

The annual awards ceremony, which celebrates outstanding achievements from across the gaming industry, will stream live on December 8th from Microsoft Theater in Los Angeles. The “Best Adaptation” category is focused on video game IPs that have been adapted to other mediums, such as television and film, and users can now vote for their favorite from a selection of five nominees, which includes Cyberpunk: Edgerunners.

Created in collaboration between CD PROJEKT RED and the legendary Studio Trigger, Cyberpunk: Edgerunners was released on Netflix to widespread critical and fan acclaim in September 2022, quickly becoming one of the most popular shows on the streaming service.

A mature coming-of-age story inspired by, and set in, the world of Cyberpunk 2077, the standalone 10-episode series follows the story of David Martinez — a street kid trying to survive in a technology and body modification-obsessed city of the future. Following a tragic personal loss, David chooses to take control of his own life and plunges himself into the deadly underworld of Night City, taking on work as an edgerunner — also known as a cyberpunk — with a crew of cyber-enhanced mercenaries.

If you are a fan and want to support Cyberpunk: Edgerunners then you can vote for it on the official website.