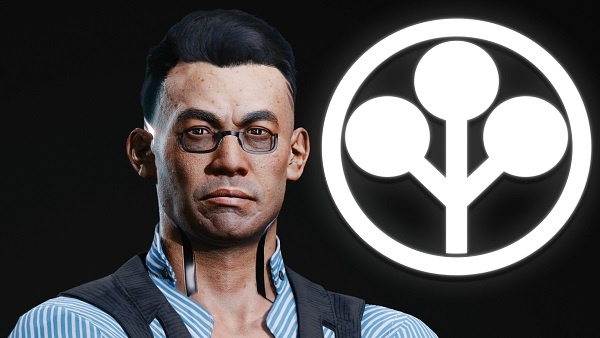 After discovering where Yorinobu is keeping the biochip that Dex Deshawn needs, you’ll infiltrate the Konpeki Plaza to retrieve it. The Heist main job is a fairly long one and has multiple turning points in the story. In this spoiler-free walkthrough of The Heist main job, we’ll walk you through everything you need to know about completing it in Cyberpunk 2077.

To begin, meet up with Jackie in the Afterlife and wait at the bar. While discussing Fixers in Night City, you’ll be directed to follow one of Dex’s bodyguards to a soundproof cabin where you’ll meet Dex Deshawn and T-Bug.

During the meeting, you can inform Dex about Evelyn Parker to increase your cut to 40% or hide it from him to keep it at 35% max – Evelyn Parker, on the other hand, has already offered you 50%.

After the meeting concludes, you’ll have the choice to begin the heist right away or at a later time.

Whatever you decide to do, you’ll need to head over to a Delamain cab in the parking lot. While in the Delamain cab, you’ll be asked to jack in and have a light conversation with Jackie and Delamain. After reaching Konpeki Plaza, follow Jackie to the reception to check-in. You’ll have a few dialogue options here that we don’t want to spoil but your goal is to take the elevator to the 42nd floor.

If you don’t follow Jackie to your suite right away and decide to spend a little time in the bar, you’ll have a chance to see Hideo Kojima in there – it’s a cool Easter Egg that a lot of people probably skipped. Also, make sure to speak to the bartender for another funny interaction. Once you’re done, meet up with Jackie on the 42nd floor to go to your room.

Once you’re inside your room, scan the area to find a place for the Flathead to infiltrate. After a while, you’ll be asked to take controls from Jackie and direct the Flathead to breach the security using T-Bug’s instructions. The entire sequence is pretty straightforward but here are some tips to help you progress a little easier:

Once T-Bug is in, you’ll be directed to take the elevator to Yorinobu’s suite. Thanks to the Braindance sequence done in The Information, you already know where to look for the biochip.

To get to the safe, however, you’ll need to activate a switch on Yorinobu’s nightstand – make sure to pick up the Iconic Weapon on the other side of the nightstand. After opening up the safe and retrieving the biochip, you’ll trigger a cutscene that we don’t want to spoil.

After the cutscene is completed, T-Bug will ask you to leave the area. Don’t immediately proceed toward the marked double-doors and instead take the stairs to the rooftop to collect some items, including a katana, guarded by a couple of enemies that can be taken down silently. After collecting the items, leave the penthouse using the double-doors that T-Bug will open.

Your ultimate objective here is to proceed through the conference rooms into the lobby and finally to the garage. We don’t really recommend going guns blazing in here since it can get really difficult. Use the game’s quick save feature if you need to but try to complete the entire sequence using stealth. Here’s how things will play out:

After you arrive at the elevator, take it to the garage and don’t worry about enemies anymore. Your objective is to reach the Delamain cab as quickly as you can – Jackie will follow automatically. While you’re in the cab, a few drones will continue to chase you – either shoot them or hack them to get the job done.

At the end, you’ll have another choice to make that we don’t want to spoil. We’d really recommend choosing the option involving the “family” to unlock a side quest later in the game. After leaving the Delamain cab, find Dex Deshawn in room 204 to complete it.

That’s all we’ve got in The Heist walkthrough for Cyberpunk 2077. For more help on the game, you can check out our detailed Cyberpunk 2077 wiki guides.