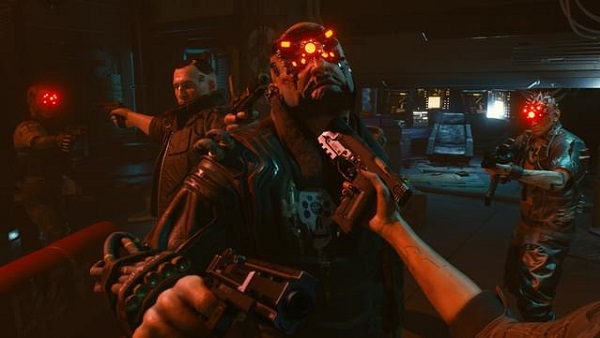 Stealth is a key part of the newly released Cyberpunk 2077. Although you can brute force your way in and out of situations, stealth is a very important part of the game. In this guide, we will explain everything you need to know on the stealth mechanics of Cyberpunk 2077 including how to avoid being detected, hide bodies, and perform silent takedowns.

Stealth has the most risk-to-reward ratio of all approaches. However, this method demands a much greater investment of time and requires a lot of patience. Stealth is often the most practical way to get through lethal situations in Cyberpunk 2077. There are two key factors that decide the success or failure of your stealth approach:

Not being heard: You can use O/B to crouch while moving with L in this stance; this is called crouch-walking and it causes far less noise. As long as you don’t do anything reckless like shooting your gun enemies won’t be able to hear from you.

Note: Security cameras in Cyberpunk 2077 do not register noise.

Not being seen: The second key factor is not being seen by avoiding the enemy line of sight. You must also avoid being detected by security cameras. All enemies in the game have a defined cone of vision which is shown in the mini-map. If you linger in the open within the cone you’ll be spotted. As long as you remain outside the cone of vision you won’t be detected.

When to successfully get close enough to an enemy while crouch walking, press Square/X to grab them and secure a chokehold. You can then perform a silent takedown, either lethal or non-lethal takedown.

Note: Unconsieous enemies won’t regain consciousness so you don’t have to worry about them getting back up after a non-lethal takedown.

There are multiple situations in the game where you can methodically take down enemies one by one by using melee takedowns. The stealth method works really well during the early hours of the game. Keep in mind that enemies with a skill icon, they are five or more levels above you. Skull icon enemies will foil your grapple attempts.

To hide bodies in Cyberpunk 2077 you need to press and hold Square/Y and then press Square/X in a suitable position to discard the body in an unguarded room or nearby hiding places such as chests and car trunks. Avoid leaving bodies behind is always a bad idea because more often than not those bodies will be found.

Sneaking around is much easier if you can tag enemies. Always make a habit of scanning hostile environments to spot potential adversaries. Hold L1/LB and then tag enemies by pressing R3/R. Tagged enemies are permanently outlined with red which makes it easier to track them. Scanning enemies dilates time that gives you breathing room during stealth missions.

Note: You can tag turrets and surveillance cameras to reveal their radius.

When you are tagging enemies pat attention to the mini-map as it shows all enemies in the vicinity.