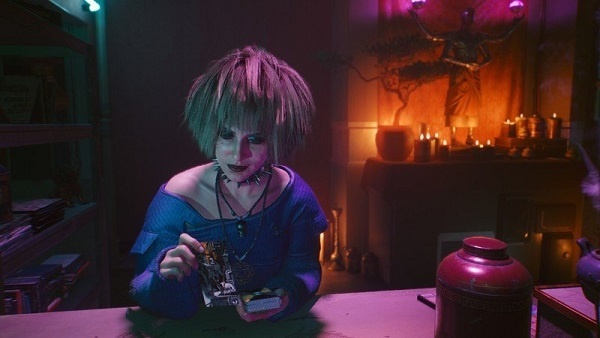 Cyberpunk 2077 has a very interesting side job called Foll on the Hill. In this side job, you need to find scan 20 pieces of graffiti representing major arcanum tarot cards. Misty’s cards locations are spread across town. In this quick guide, I will tell you everything about all 20 graffiti Tarot card locations in Cyberpunk 2077 to help you solve the “Fool on the Hill” side job.

It is to be noted that while there are 20 tarot cards you can find as part of the “Fool on the Hill” side job, there are 2 secret tarot cards as well. After we discuss the main cards, we’ll also give you the locations of Misty’s two secret cards in Cyberpunk 2077.

On the outside wall of V’s apartment.

On a wall adjacent to Tom’s Diner. It is the location where you start the main story after the prologue.

On the pillar that supports the elevated highway, facing Lizzie’s, the club where V proves himself during the prologue.

Close to the entrance to the Afterlife. It is the location where you locate the connections required for your adventure to progress on more than one occasion.

At the entrance of Konpeki Plaza, the area where your conflicts against the corporations begin.

This card is near the location where you meet Takemura after the prologue.

The building that has Takemura’s safehouse and where you first encounter Hanako, has the card on the topmost floor.

Close to the dem of the Voodoo boys.

On the side of the small building where you first meet Panam.

Under the sign of the Sunset Motel, where you meet Panam and the Nomads multiple times.

On the cistern opposite the Electric Corporation power plant where Judy takes you.

Go to the Silver Pixel Cloud drive-in and look behind the screen where Johnny and Rogue get a chance to revive their long-dormant love affair.

There is an underground passage at the base of Arasaka Tower, where V and Johhny face enemies.

On top of the water tower in the oilfields, not far from where you found Johnny’s body.

Close to the Embers restaurant, where the final part of V’s story begins.

On the outside wall of the residence where in the Corpo ending, you save Hanko.

On the balcony near Misty’s Esoterica and Viktor’s clinic.

At the base of the building where V’s apartment is in the “Path to Glory” epilogue.

At the foot of the antenna tower in the middle of the solar farm where you leave Night City on a quest for freedom with the help of the Nomads.

On one of the walls in the North Oak columbarium, the location which Johnny Silverhand visits during the “New Dawn Fades” Epilogue.

As I mentioned above, there are two secret Tarot cards in Cyberpunk 2077:

Look inside the Rubik’s Cube during “Where is My Mind?” epilogue.

Inside Mikoshi, in the arena where you find Adam Smasher. It is sitting on the retractable servers.

And that’s all the Tarot Card locations in Cyberpunk 2077 to help you complete the Fool on the Hill Side Job.