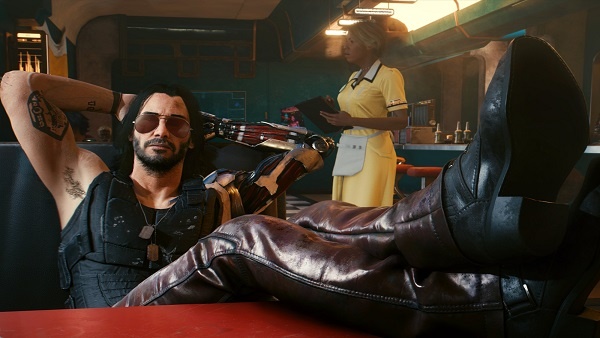 In this Cyberpunk 2077 guide, we’ve got some PC mods that you can use to improve your gameplay experience. These mods range from improving the game’s performance to visual overhaul and some QoL changes. Since Cyberpunk 2077 has yet to receive official mod support from CDPR, we can expect more mods to be added in the future.

The following are some of the best PC mods that you can download and install in Cyberpunk 2077. With each mod, I’ve provided a link to the original modder with detailed instructions on how to make them work.

Cyberpunk doesn’t take complete advantage of SMT on AMD Ryzen CPUs. The mod fixes multiple performance issues including AMD SMT usage, AVX crashes, and fewer FPS drops. There are also a few hacks via a Debug menu but you can ignore it if you want. Here’s a complete list of things that the mod provides.

Download the mod and unzip the contents in Cyberpunk/bin/x64 to install it. To uninstall the mod, delete ‘version.dll’ and ‘plugins’ from the same ‘x64’ folder.

The mod improves the handling of vehicles in the game. As of now, it’s far from perfect but there are noticeable improvements. Being a little configuration of the ‘.ini’ file, it doesn’t modify any game files. Download the mod and copy the contents to where Cyberpunk 2077 is located. To uninstall it, delete the ‘vehiclehandling.ini’ file in the engine/config/platform/pc location.

CDPR thought it was a good idea to let V keep on running at a hundred miles per hour all the time. The simple mod lets you walk around the world by pressing the ‘Alt’ key. Before installing the mod, unbind the ‘Alt’ key, otherwise, it will open up the Weapon Wheel and prevent the mod from working. Download the mod and copy the contents to the Cyberpunk 2077/r6/config folder. If you don’t want to use the ‘Alt’ key, change “IK_Alt” to “IK_DesiredKey”.

It’s a handy QoL mod that’s perfect for people who don’t like double-tapping to dodge to holstering weapons. Remember that it can conflict with the ‘Slow Walk Mod’ above but you won’t really need it because the mod has slow walk speed included as well. Remember that before installing the mod, unbind the ‘Alt’ key, otherwise, it will open up the Weapon Wheel and prevent the mod from working. Here are the keybindings that the mod uses:

To download the mod, head over to the link provided.

The mod squeezes more out a preset without impacting performance or at least an unnoticeable one. With the mod, you’ll get enhanced graphics without over-sharpening, no color alteration, no pitch-black contrast, and vanilla visibility in darker areas at the cost of 2 FPS max.

Before installing the mod, make sure that you’ve got ReShade installed. Once done, download the mod, and copy the contents in the directory of “Cyberpunk2077.exe” If you’re asked to replace files, do so.

To use the mod, press the ‘Home’ key inside the game to bring up the ReShade overlay and press the ‘Page Up’ key to toggle ReShade. You can also turn on ‘FXAA’ in the overlay to get better AA at the cost of an additional frame per second.

Another QoL mod that makes crafting and dismantling items a little quicker. The mod changes the default time to craft an item from 0.8 seconds to 0.1 seconds and the time to dismantle an item from 0.4 seconds to 0.1 seconds. Be very careful while doing so because you can accidentally dismantle your Iconics/Legendaries. Download the mod and paste the extracted files into the r6/config folder of the game.

It can also be achieved by editing the ‘inputcontexts.xml’ with Notepad++. Find hold action=“craft_item” and change it to either 0.01 seconds or 0.1 seconds. For dismantling items, find hold action=“dismantle_item” line in the Notepad++.

This isn’t a mod per se but a little tweak to make sure that the game launches directly without starting the RedLauncher first. To do so, open up Steam, right-click on Cyberpunk 2077, open properties, click ‘set launch options’, and type –launcher-skip, and click ‘OK’. This will make sure that CP2077 launches directly without waiting for the RedLauncher to pop-up first. It also doesn’t impact achievements/trophies in any way.

These are some of the Cyberpunk 2077 PC mods that you can use. If you’ve got any suggestions of your own, let us know in the comments section below. For more on the game, check out our Cyberpunk 2077 wiki guides.