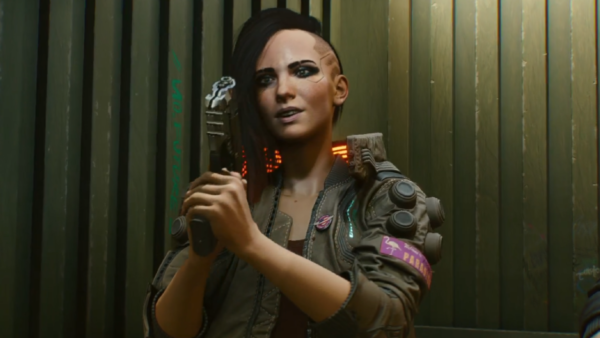 Cyberpunk 2077 is all that the gaming community can talk about right now. While the fans are pretty excited about the game, media outlets have some negative reports. We are not going to talk about all that here. In this article, we are going to look into different aspects of Cyberpunk 2077, like mods, exotics, romances, prostitution and more.

Since we got the release date at E3 2019 CDPR has been very vocal about the game. We now have more details about the different aspects of the game. Let’s look into the new details that we have learned about.

You can finish Cyberpunk 2077 without killing anyone

Developers have confirmed that you can finish the game without killing anyone. Cyberpunk 2077 does have non-lethal weapons and there are some choices that you can make in the game that are not violent. Stealth is also an option in the game. There are plenty of ways in which you can approach a situation or mission.

Cyberpunk 2077 has adult themes. There is a lot of nudity and sex in the game. CDPR has confirmed that you will be able to have romances in the game. You can choose your sexuality which means that you can choose to be straight, gay, lesbian or bi. You can have meaningful relationships in the game but if you are looking for a quickie then there are prostitutes in Night City.

While V might not have defined sexuality but the NPCs in the game will. You will need to select the right dialogue choices and see what happens. Romances in Cyberpunk 2077 are going to be an interesting aspect. You will have the ability to choose whether you have a meaningful relation or a one night stand with someone. CDPR has mentioned that romances in Cyberpunk 2077 are similar to The Witcher 3.

Why Johny Silverhand Is Not Blonde?

In the lore, Johny Silverhand is blonde. Some fans did not realize that Keanu Reeves was playing Silverhand because he does not have blonde hair. CDPR has confirmed that there is a reason behind that. While the developer did not mention much, CDPR did mention that the chip has gone from hand to hand. So that could be one of the reasons why Johny Silverhand is not blonde in Cyberpunk 2077.

CDPR was asked about the different mini-games and activities that players can take part in Night City. It turns out that CDPR has plenty of activities in mind. You can play a hacking mini-game. Other than that you can visit the shooting range to increase your shooting stats. Street racing is another activity that you can take part in Cyberpunk 2077.

Exotics people that have advanced cyberwear and have modified themselves to look like cats. While CDPR has not mentioned if the player has access to exotic cyberwear, we have seen and heard of exotic NPCs that will be part of Cyberpunk 2077.

CDPR has confirmed that mod support will not be available at launch. Right now the team is working on finishing the game and polishing it but it is something that the team has in the plans. CDPR knows that there is a modding community that is interested in Cyberpunk 2077.

CDPR Has The Rights To Audio And Visuals

CDPR has the rights to the audio and visuals. The developer has mentioned that creators will be able to create content around the game. Streamers and YouTubers will be pleased to know that the policies around copyrights are similar to The Witcher 3.

Cyberpunk 2077 has a photo mode. You will be able to take pictures of Night City and the different characters in the game.

Witcher 3 Composer Working On The Music

Cyberpunk 2077 does not have morality mechanics. V will be treated differently in the world depending on reputation. A hard morality system won’t be in place.

This is what we know about Cyberpunk 2077, mods, exotics, romances, prostitution and other features right now. Stay tuned for more information.