RespawnFirst
Home News Cyberpunk 2077 Is Not An Extension Of “Our World,” It’s “Pondsmith’s Vision” 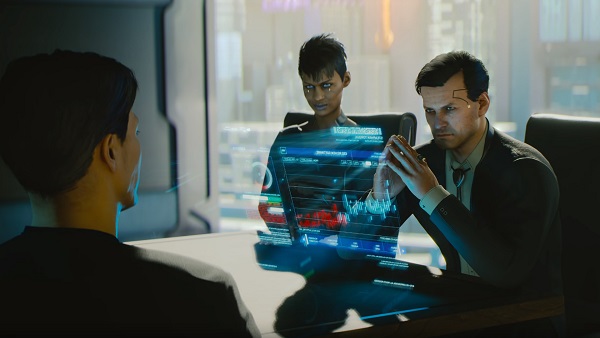 We are currently in the year 2019 but CD Projekt RED’s Cyberpunk 2077 remain faithful to its late 80’s tabletop roots. In the past three decades, ever since the first edition, the Cyberpunk genre has moved on but CD Projekt RED’s RPG proudly wears its influences on its sleeve, setting up in a still-wired present.

According to Marcin Blacha, the story director of Cyberpunk 2077, the upcoming AAA RPG is not an extension of “our world” in 2077. She explained that it is Mike Pondsmith’s vision of what the future might look like. In that sense, the developers aren’t “modernizing” the tabletop source material.

Cyberpunk 2077 is not an extension of ‘our world’ in 2077, it’s a vision of the future as Mike Pondsmith, and the society in general, I guess, expected the future to look like in the ’80s. In this sense, we’re not modernizing the [tabletop source material] at all, what we are doing is developing those expectations and transgressing ‘twists’ from our reality here and there.

A good example of this, however down-to-earth it may sound, is how we perceive the Internet today – it’s wireless, right? They didn’t have that back in the day, so CP2077 is still mostly wired, full of dark subnets and places you need physical access to jack in. There is the Blackwall, and what’s beyond it does resemble our current web, but again, it’s not exactly our world.

CD Projekt RED is staying true to the original vision of Mike Ponsmith without compromise. We will see the fruits of their hard work on April 16 next year when Cyberpunk 2077 comes to PlayStation 4, Xbox One, and PC.