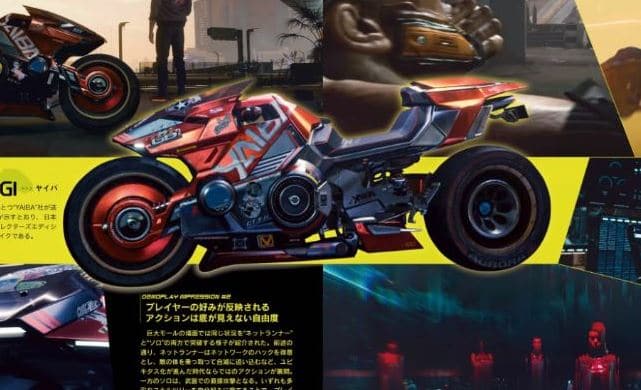 Cyberpunk 2077 E3 2019 was shown to the media behind closed doors. The masses have not seen what the demo was about and what it had to offer. We have heard about it and different publications have given their opinions about it too.

Some images of the Cyberpunk 2077 E3 2019 demo have been published by a Japanese magazine and we will include them below. In one of the screenshots, we see the bike that is part of the Cyberpunk 2077 Collector’s Edition Figurine. It looks great and it is fair to say that CD Projekt RED might allow us to customize it. We can see the bike, which looks really cool. The following is a rough translation of what is written in the top left corner:

Your bones are probably gonna break exploring Night City on foot (if not, someone will). A lot of vehicles are in the game so make sure to utilise them. V’s beloved red bike”YAIBA KUSANAGI” made its debut in this E3 2019 gameplay demo.

The following is a rough translation of what is written on the Left-hand side:

Lots of Japanese manufacturers are in the game. YAIBA, one of them, produces this monster: “KUSANAGI”. As its name suggests, YAIBA’s name was inspired by a traditional Japanese sword. Being the representation of this game, “KUSANAGI” is also present in the Collector’s Edition as a figure.

The following is a rough translation of what is written above the bike:

Facing the same situation inside the mega mall, “Netrunner” and “Solo” class took different approaches in the demo. As described, “Netrunner” class specialises in hacking network, forcing enemies into self-destruct by hijacking their body…

Type of actions that can only be seen in an era where technology becomes so ubiquitous. On the other hand, “Solo” class attacks enemies head-on. Players can pursue their own style by discovering what they prefer using the varied skill tree, and the most impressive one to me was “Nanowire”. The amount of damage that you can do when you slice your enemies into pieces using a wire emanating red light completely boggled my mind.

Near the end of battle V confronted a tough guy wielding a hammer. We were able to see V overwhelming the enemy by dodging and hitting the enemy’s weak point in the back. A boss fight like this can vary depending on whether you are a “Netrunner” or a “Solo”. To make this game more “techier”, you can even develop a build that specialises in controlling a spider-like robot. Despite being told that there’s a high level of freedom regarding combat, the diversity of it was still beyond our imagination.

The following is a rough translation of what is written on the lower right side:

The real goal of Placide was to unfreeze Bridget. Placide planned to sacrifice V and deal with the agent from the Netwatch as well in the beginning. But V didn’t die. V woke up to hear Johnny’s voice. What exactly is the relationship between Johnny Silverhand (the chip inside V) and V’s immortality? After being resurrected from freezing, Bridget took V into Cyberspace. Alt, a person that Johnny and V are looking for, seemed to be in Cyberspace. What kind of things await?

The following is a rough translation of what is written on the Upper right-hand side:

The demo introduced the gunfight specialist “Solo” approach as well. “Solo” opens locked doors, operates in barrage of bullets, lifts weapons off tripods… in contrast to “Netrunner”, “Solo” displays a more powerful, enforcer-type of combat style. Despite you cannot switch from one build to another, you can develop a hybrid build instead. 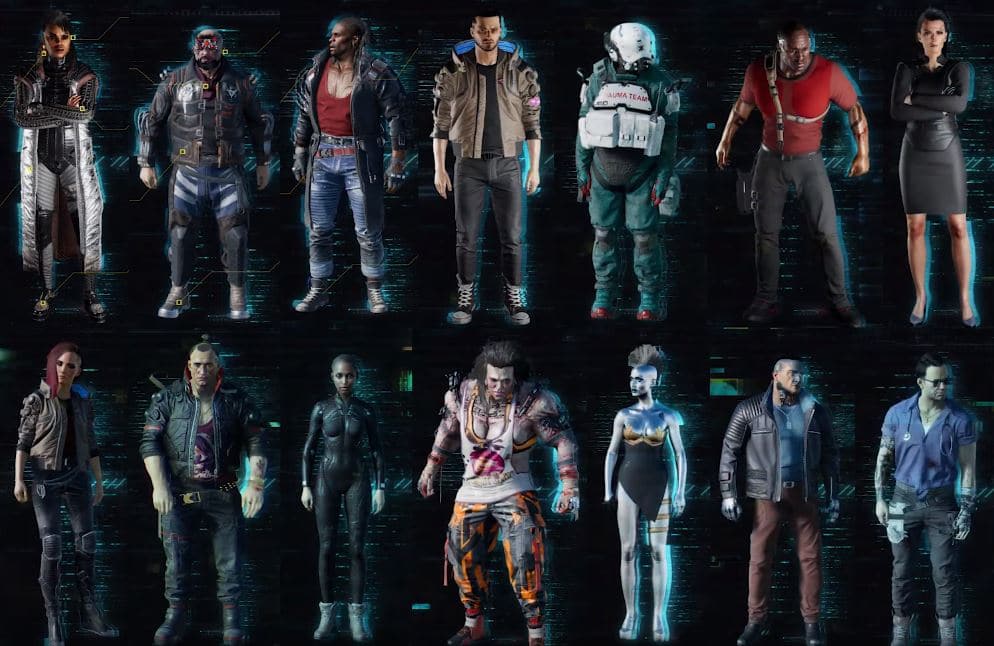 Some of these characters are from the 2018 demo but we have some new ones as well. Other than that, we have one more screenshot which is pretty generic. This one does not seem to have anything new when it comes to the images. 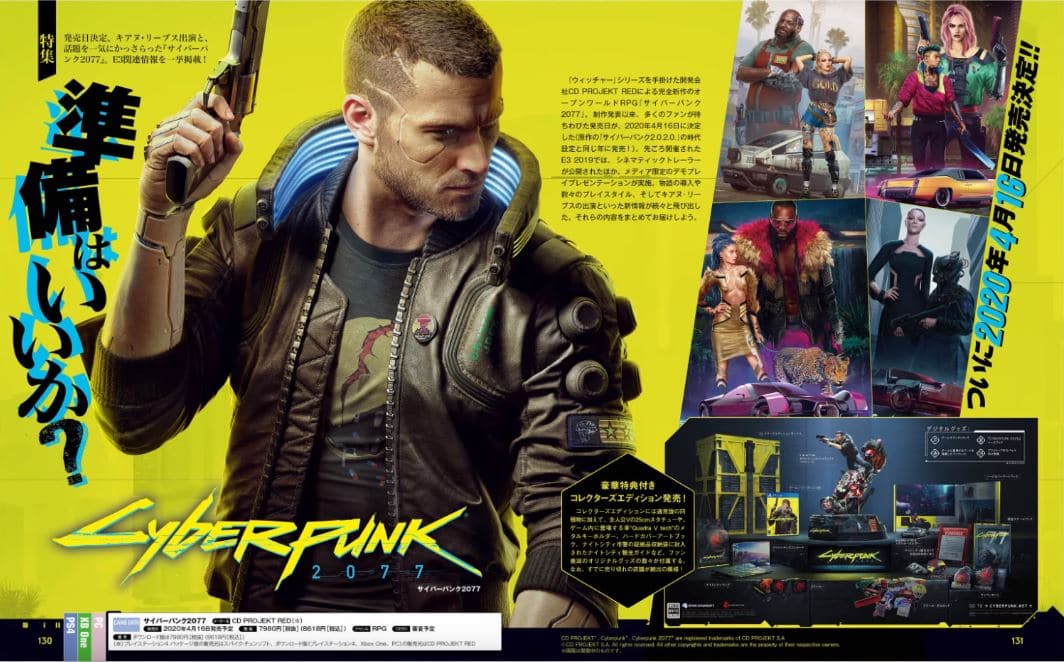 CDPR has confirmed that the Cyberpunk 2077 E3 2019 Demo will be revealed later this year so we will be able to learn more then. In the meantime, CDPR has been very vocal about the game and has talked about different aspects of Cyberpunk 2077 including Mods, Exotics, Romances, Street Racing & Prostitutes.

We also looked into the negative press that the game has been getting and how the money trail leads back to Epic Games. Cyberpunk 2077 is one of the most anticipated games right now and Steam is giving away the game for free as part of the Steam Summer Sale metagame. If you are interested in getting the game for free then do give Steam Grand Prix a try.